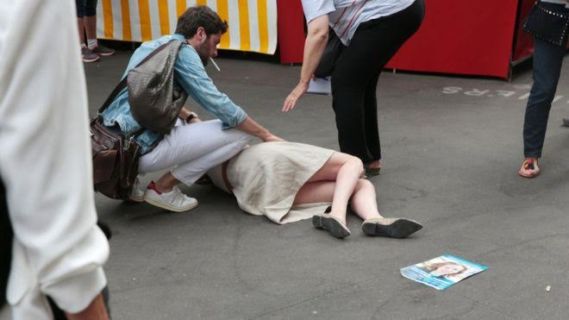 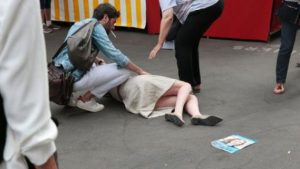 A non-supporter of a female presidential aspirant in France took his hatred overboard by knocking the politician unconscious. Nathalie Kosciusko-Morizet had been on a campaign trail when a man forcefully pushed leaflets in her face and she fell and blanked out for a while.

MP Nathalie Kosciusko-Morizet, who is widely known by her initials NKM, was handing out Republican party election leaflets ahead of Sunday’s National Assembly election when the man accosted her, calling her a “crappy bobo”. Bobo is a derogatory term for an urban hipster. 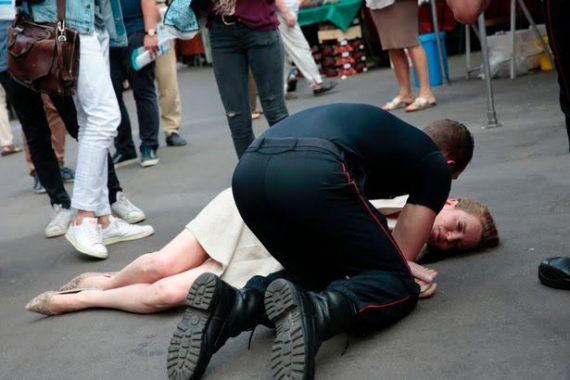 Witnesses said they heard the man accuse the MP, saying: “It’s your fault (Anne) Hidalgo is mayor today”. This is in reference to NKM’s defeat in the 2014 Paris mayoral election which led to Anne Hidalgo becoming mayor.

An AFP photographer at the scene said the man seized the leaflets and tried to throw them back in the politician’s face. Ms Kosciusko-Morizet then lost her balance and hit her head on the ground. She was unconscious for several minutes. The man left the scene immediately while being chased by a party official. NKM, who is a high-profile figure on the centre-right of French politics was photographed lying on the pavement in the Left Bank street market in Paris. She was taken to the hospital afterwards and prosecutors have opened an investigation.

NKM is a former environment minister and was the only woman in the race for this year’s Republican presidential nomination.