This is permanent, unchanging ecclesiastical truism that is of humanity and which every living being is bound to taste.

For Distinguished Senator Dr. Rose Okoji Oko, death came calling in the early months of 2020, abruptly shutting down a life that was wholly dedicated to the service of God and humanity.

Very soon, all roads will lead to Yala Local Government Area of Cross River State again where we will have the high and the mighty in Nigeria, family, kinsmen, Cross River Northern Senatorial District, Cross River State, Captains of industry and the general public will gather to bid you goodbye.

Your death remains a bitter pill, very hard to swallow because your sun not only set at noon, it came down at a time when your service, contributions, exemplary, political and public life, astute business acumen, invaluable experience, integrity, character, selflessness, deep philosophical insights and philosophy were in great demand to exonerate yourself from the accusation of your constituents. 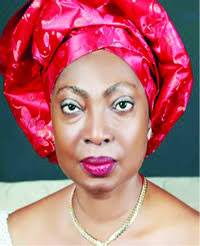 But, we are consoled that until your demise, you represented Cross River North Senatorial constituency under the platform of the People’s Democratic Party and chairperson, Senate Committee on Trade and Investment and you lived a fulfilled life serving God and humanity in the process though you left behind an impression that will not etch your name on the sands of time and memory of your people.

It does not matter if we are forgotten; what matters is the effect we have on those around us and those who come after us as the adage fondly says- ‘what would you be remembered for’?

As you depart the sinful world, I hope to see you seating at the right hand of God when we meet again, but until then, Ciao Senator Dr. Rose Oko.

Having paid my tribute, I am forced to pose this question: WHO REPLACES SEN. DR. ROSE OKO? I know this part will spark a lot of negative vibes from my Yala brothers and sisters who will say it is too early to talk about replacement; don’t crucify me for talking about it this soon even when no burial arrangement has been made for her to be laid to rest.

As a sense of mounting crises spreads and the death of our beloved Daughter, Mother, Sister, leader and Aunty heats up, many Yala people are asking: where can we find leaders who can guide us through these storms again in Yala?

The answer, I believe, is in the same places where we have found them since the beginning of the creation of Yala LG: among talented young people who have already shown a dedication to serving others outside of politics. There must be a push, then, to recruit these committed individuals into politics at all levels to form a new crop Political Leaders in Yala.

Think about the people who are helping to unify Yala even in the phase of devastation, who selflessly provide jobs for Yala, lend to the Council for development and graded roads in our communities with the hope for nothing in return. Their years of fighting for empowerment, better Yala, freedom from poverty, building a stronger Yala prepared them to become our “Greatest Generation.”

Who are now Political Leaders in Yala?

Certainly not the Governor’s Appointees! It brings us to a total conclusion that after the demise of the Ukpos in Politics, John Odey and now Sen. Dr. Rose Oko who has joined the list of deceased Yala political leaders; who else do we have?

I am not unaware of the political warriors like Joe Agi SAN, Hon. Larry Odey, Tom Agi and a few others who have grown to the top in managing the Cross-River State’s affairs, is this not the appropriate time for them to step up and represent Yala in totality?

But wait o! These are seasoned politicians with same old stories, I am constrained to ask if Political leadership must be left in the hands of the Politicians, some people are born leaders but found themselves in businesses and other fields of endeavors and can do better in political leadership.

Would I be wrong to say it is time to taste the waters and invite great individuals from other fields with exceptional qualities, Having the interest of their people at heart and bring in servant leadership which has being missing in our past leaders?

I certainly won’t be wrong to say High Chief Higgins Peters can fit into this shoe as the unifying factor to bring the divided Politics in Yala together and lead effectively at the Red Chamber as well as bring Yala back together again irrespective of Party affiliation. 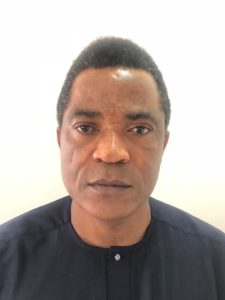 I presume a bitter political battle will erupt  at the People’s Democratic Party after few days of laying our sister to rest over her replacement as soon all pretenses would drop and all the mooted discussions and ambitions will spill over to the open as the PDP stakeholders, power brokers, political stalwarts and gladiators will hasten to reposition their political structures ahead of the Cross River North Senatorial by-election in 90 days.

I am sure we have seen the better of Yala politics and its worst, and we know what real leadership looks like, in and out of politics, High Chief Higgins is an epitome of good Leader and should be unanimously endorsed without selfish interest.

We need political leaders who understand the consequences of leadership, how the decisions you and your teammates make can have meaningful, sometimes life-or-death effects whether on the battlefield or in the House.

Yala politics would work a lot better if the last crop of political “leaders” brought servant leadership to governance so we can count on them as leaders who have the interest of the people at heart, Yala wouldn’t be stagnant as it is but we have the likes of Higgins out there and needs to be compel to join politics in order to save their people by spring into action.

High Chief Higgins Peters has demonstrated strong ability to lead a new crop of political leaders even in his business manly capacity as we can visibly count on federal jobs, he has influenced for our teeming youths and other unprecedented records in the development of Yala Local Government over the years that are unannounced.

It is high time we appreciate his selflessness and demand his leadership in Politics, he is accessible, liberal, outspoken, connected and can influence projects and make a visible record in Cross River North Senatorial District if spoken to and request his leadership in politics.

My personal encounter with High Chief Higgins Peters gave me the impression that he is the messiah we need in Yala should he agree to take the mantle of leadership, he is open to every sons and daughters of Yala who walks up to him with request of any kind; I hardly would take my financial burden to anyone so I forbid you to reason that direction (lol). If politics changes people, I am sure to believe it after Higgins Peters steps in and shuts his door against the people, and turn his back on their yearnings.

As I winddown this article in the dead of the night for the development and betterment of Cross River North Senatorial district, Cross River State and Nigeria at large, I will leave you with these questions:

I am Emma Bricks Oko;

Yala Progress is my topmost priority.

Higgins Peters; Do not Say NO As your People Beckon on you for Higher Services.

February 25, 2020
Bricks Write promises to be a fair and objective portal, where readers can find the best information, recent facts and entertaining news.
Contact us: news@http://brickswrites.com.ng