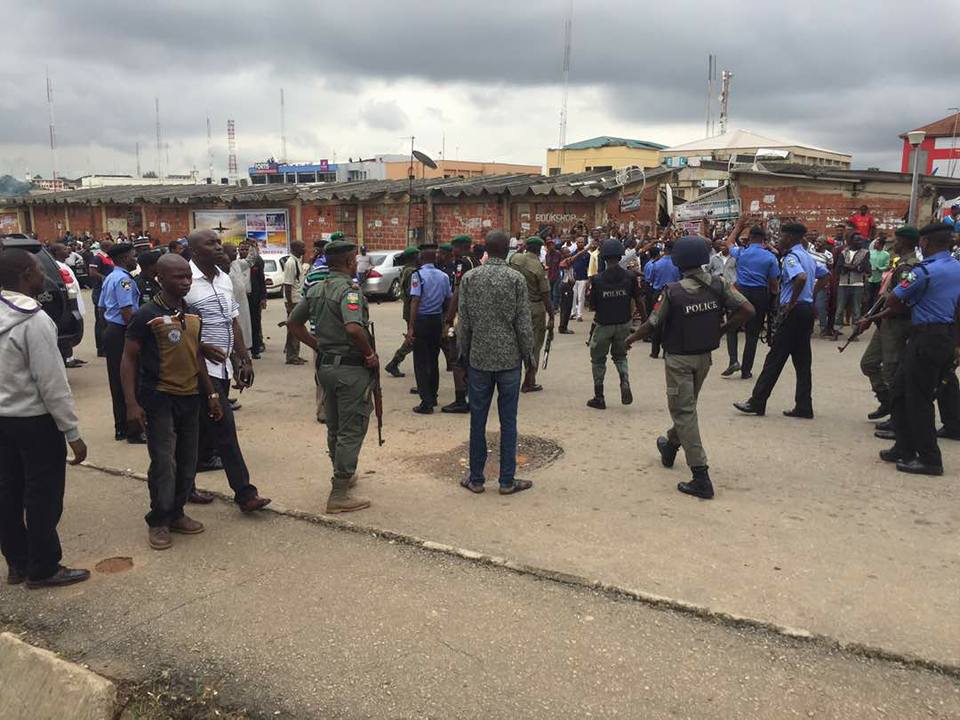 Charly Boy, who drove in one of his cars and his entourage to the popular Wuse Market, Abuja this morning in preparation for tomorrow’s 100days #returnorresign campaign was attacked by northern youths traders.

It took the intervention of well armed security personnel in their numbers to avert the unspeakable that would been unleashed on Charly Boy by the traders as his cars were destroyed by the traders showing their disagreement with his campaign against Mr. President “RETURN OR RESIGN”.

The Market is however on lock and key till normalcy returns according to the market management.