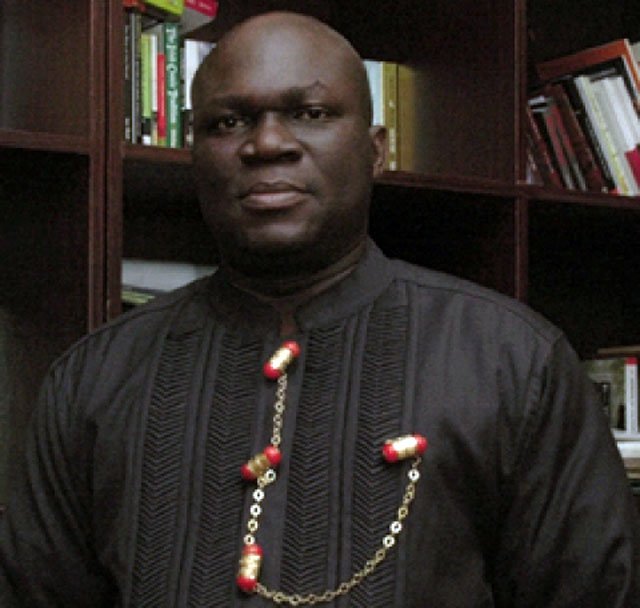 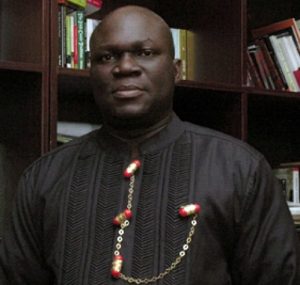 I do not share the view of those who assume that by some kind of miracle, in the shape of electoral-college defections, Hillary Clinton would still, on the strength of winning the popular vote, supplant Donald Trump as US 2016 President-elect.
We might as well begin to live with the reality of a Trump Presidency, sad and traumatic as that outcome may be. And coming to terms with that, despite our disappointment, calls for a forward-looking approach on the part of the Nigerian government.

The United States remains Nigeria’s most strategic partner. More than one million Nigerians live in the United States and a significant percentage of that immigrant population has distinguished itself in academia, the health sector, public service, and other aspects of American life. Nigerians are perhaps the most visible and the most influential set of immigrant Africans living in the United States today. It is indeed possible to argue that there is no neighbourhood or community in Nigeria today that does not have at least one representative in America.

I know many families who have never been to Abuja but who talk about America with such frightening familiarity without ever seeing the inside of an aircraft. Their claim to such glory is the presence of a cousin, a son, a daughter, an in-law or other relatives, in the United States – it doesn’t matter if the fellow is a failed husband or wife, or he or she is washing plates, or doing security guard work, a jail term, or struggling to survive as a human being, or he or she is permanently trapped in America because coming home could be a vote for shame.

Nigerians love America, thus. The British colonized our country and Britain still remains a second home of choice for many middle class Nigerians, but America holds more than a special attraction for many wannabe Nigerians. America is Nigeria’s land of golden dreams, the country that our youths want to flock to.  Many of our politicians have Americans passports. The only Nobel Laureate that we have also holds an American Green card. Churches and mosques across Nigeria hold special prayer sessions for that Green card and when you have a child living in America, you are free to assume that the Living God has answered your prayers.

In terms of trade, Nigeria is America’s foremost partner in Africa. The United States through the auspices of the Nigeria-US Bilateral National Commission and similar diplomatic commitments in the African Union and ECOWAS and through other international protocols is actively involved in Nigeria’s health, security, agriculture, financial and human rights sectors. We are in addition, a big market for America’s exports in Africa and a stabilizing force for global security within the region and the continent.  Where the problem lies and where a foreign policy challenge needs to be addressed, is the emergence right now, of an incoming President who has expressly declared that African Presidents are thieves and that Nigeria is particularly a problem, because its leadership is both “corrupt and insensible”.

Person-to-person diplomacy is perhaps more relevant than government-to-government relations because the former impacts greatly on the latter, and any student of international relations can only ignore this at great cost. We have, despite our cultural, diplomatic and trade relations with the United States, an in-coming American President who hates immigrants, Muslims, and who considers Nigerians a threat to the US working population.

Whatever the situation might be, Nigeria has a duty and a responsibility to defend the interest of Nigerians doing business with the United States in one form or the other. Our residual interest in American politics and its outcomes should go beyond individual interests, and political emotions and rest on Nigeria’s corporate interest. Strategically, what does Donald Trump’s victory mean to us? What are the implications for Nigeria’s relationship with the United States?  What are the plans in place or in process, to protect Nigerians and Nigerian Americans who may suddenly find themselves in a threat situation under a racist and isolationist American Presidency? What can or should the Nigerian government do to protect Nigerians in the US diaspora from the uncertainties of America’s transition?

I have seen a couple of congratulatory messages here and there and a lot of casual commentaries on the subject, but what we need is far more strategic thinking at the Federal Ministry of Foreign Affairs. The officials should wake up and realize that it may no longer be business as usual with Washington. Our last ambassador to Washington DC, Professor Ade Adefuye was a well-educated diplomat and scholar with vast international exposure and a robust, aggressive personality. He brought that to bear on his job, and he achieved results. Right now, we don’t even have someone of his rank and stature in Washington. The Senate is busy still staring at the list of ambassadorial appointees, and no one knows when many of the critical vacancies will be filled. We need a man or woman in Washington post-haste: an ambassador who can represent Nigeria’s interest, and who can settle down, even without presenting letters of credence,  long before Donald Trump’s inauguration, and who must be the right man or woman for the job.  The Trump Presidency is interested in America only; every other diplomatic post in that country must look out for its own interest. America is too important to the world, too tied to the global network of interests to be allowed to disconnect.

At other levels, Nigeria must seek more active cooperation and collaboration with the United States. We need not be told that Nigerians living in the United States today are just as anxious as the Mexicans.  There is no gainsaying the fact that the incoming American President considers Nigerians a terrible set of immigrants. He has in the course of the campaigns shown a capacity to seek out groups and peoples and demonize them. In the interest of those vulnerable Nigerians (because no matter what, some Nigerians are linked to the US forever), and all the other strategic interests between our two countries, the Nigerian government must engage the emerging Trump establishment in Washington DC, proactively. It is not enough to just send a rhetorical congratulatory message. That is mere routine. But it is worse that President-elect Donald Trump has not deemed it necessary to call any African leader on phone. African leaders must learn to stand up for themselves but what measure of respect should we expect with the kind of leaders we have across Africa? And what quality of respect should any of our leaders give to a man who said this, referring to Nigeria:

“No sensible President continuously travels round the globe while his country Nigeria is in terrible hardship and economic mess. It can only happen in Nigeria where all that matters to the President is the full introduction of Islam, the annihilation of his political opponents and absolute extermination of the old Eastern Nigeria. Buhari, prior to his questionable victory at the polls as the President of Nigeria made lots of promises which he obviously failed to keep and in most cases denied.”

There are usually consequences for this kind of effrontery in diplomatic relations. If Donald Trump ever offers to visit Nigeria, President Buhari must snub him. Donald Trump also said:

“Look at African countries like Nigeria or Kenya for instance, those people are stealing from their own government and go to invest the money in foreign countries. From the government to the opposition they qualify only to be used as a case study whenever bad examples are required.

“How do you trust even those who have run away to hide in the United States, hiding behind education? I hear they abuse me in their blogs but I don’t care because even the internet they are using is ours and we can decide to switch it off from this side. These are people who import everything including matchsticks.

“In my opinion, most of these African countries (like Nigeria) ought to be recolonized again for another 100 years because they know nothing about leadership and self-governance.”

The man who would be sworn in, January 20, 2017, as President of the most powerful country in the world also said: “To make our country big and powerful again, we have to get rid of Muslims, Mexicans and Africans, and in particular of Nigerians. They take us away from our work, job places intended for honest diligent Americans. When we don’t give them jobs, these Muslims arrange terrorist attacks.”

“We have to move Africans. Nigerians are everywhere now. I was at the meeting in Alaska and only Africans were everywhere. How do you think where they are from? From Nigeria! I saw them in each state where they got a job. Why can’t they find a job in the hometown in their native country?’ I know, because corruption reigns in their country. Their government plunders people. Therefore, they come here and take us away from our work.

“When I become a President, we will send all of them home. We will construct a wall along the Atlantic coast. We will colonize them, because probably, they haven’t felt what is it from (the) British.”

Nigeria and Donald Trump! It is left to the Nigerian government not to behave as if these statements do not matter. The typical response could be that these declarations are true and  they may well be, but in diplomatic relations, such aggressive conduct, carried through in formal situations, would be considered consequential. In view of what and who Trump is however, Nigeria needs to fashion out a new policy towards the United States in line with our foreign policy objectives. One point is that President Trump may not necessarily be the Trump of the campaigns. But knowing his mindset, we should build our defences. Our foreign policy team working on Nigeria-US Bilateral National Commission should see the urgent need to define and protect Nigeria’s strategic interest as the United States goes through an uncommon transition between now and January 2017.