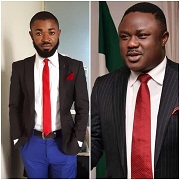 The People’s Democratic Party may be on its way to annihilation in Yala Local Government Area of Cross State if the State governor succeeds in hatching his secret plot to impose an unpopular candidate on the people in the forthcoming council chairmanship election.

Personally, I would describe the outcome as a deadly anticlimax even before it happens.

The signs are already evident with a series of bad actions and public outcry that have greeted recent events by the governor in the state, Yala is heavy with tension and an error feeling hangs loosely in the air like a cannon ball waiting to drop.

The defection of prominent members of the PDP to another party in the LGA would be a sign of the litany of evils in the offing and this will culminate as the hurricane that will eventually dismantle the political landscape of the party should Gov. Ayade announces his choice candidate for the forthcoming council election as against the will of the people as being perfected. Elders have cautioned, but it appears as though, this ‘dog’ is no longer familiar with the master’s whistle.

It is an established fact that Gov. Ben Ayade has taken yala very many steps backward than he met it. The microscopic few that have benefited from his government collectively cannot even solve one major problem bedeviling the people so, in all ramifications, Prof Ayade has not meant well for yala as all he has been doing from the day of his inauguration is to inflict pains and cause untold hardship on the people that gave their all to ensure his victory.

The people of Yala have lost many lives due to bad roads. Their source of livelihood cut off, land grabbing has become the order of the day, no inter-community market, absolutely nothing to write home about; properties are destroyed without commensurate compensation, too much of dust during the dry season, mud and impassable roads during the rainy season. And it appears as though, the governor is asleep to all of these.

Mr. Governor, haven’t you done enough? even with all these, you still want to kill YALA finally by trying to impose a candidate for the chairman of council for YALA people? Please, think.

If you continue in your quest to impose a candidate on the people for the forthcoming council election, the party would have been annihilated before the election proper.

Loyalty is the watchword for political parties and politicians but remember, you can have them as party members but work against the party’s success if they are not comfortable with the choice presented to them.

For the love of the party and oneness of the people, let love lead and let the people’s choice prevail.

Mr. Governor, you have a responsibility to help conduct a free and fair election. But it all begins with allowing the people to choose, allowing the party to chose and standing by that choice is an honorable thing to do. Please refrain from the thought of imposing a candidate on yala people for council chairman and make up your mind on the conduct of the elections in general.

LG as the third tier of Government is the closest to the people as it deals with people from the grassroots, a lot is left undone as there is no elected council chairman for over a period of time now and the people are not cared for.

You can be the one who brings hope back and not dispair, Be the unifying factor for the LGA rather than disintegrate the party and the people for selfish reasons.

Yala people are peace loving people but full of pride, you won’t be happy to see the other side of any yala loyalist if you push too hard. You have already incurred their wrath by putting them in sickness caused by dust, do no further harm. When everyone goes naked in prayers to the gods they know, you may not be here to tell the story or enjoy the wealth.
Be wise and do the right thing!

Posterity is waiting to judge you. But there is even an imminent banger, in the fact that you may go down in history either as the one who restored hope and development to Yala or the Messiah who killed his party in Yala, the choice lies in the choice you make.