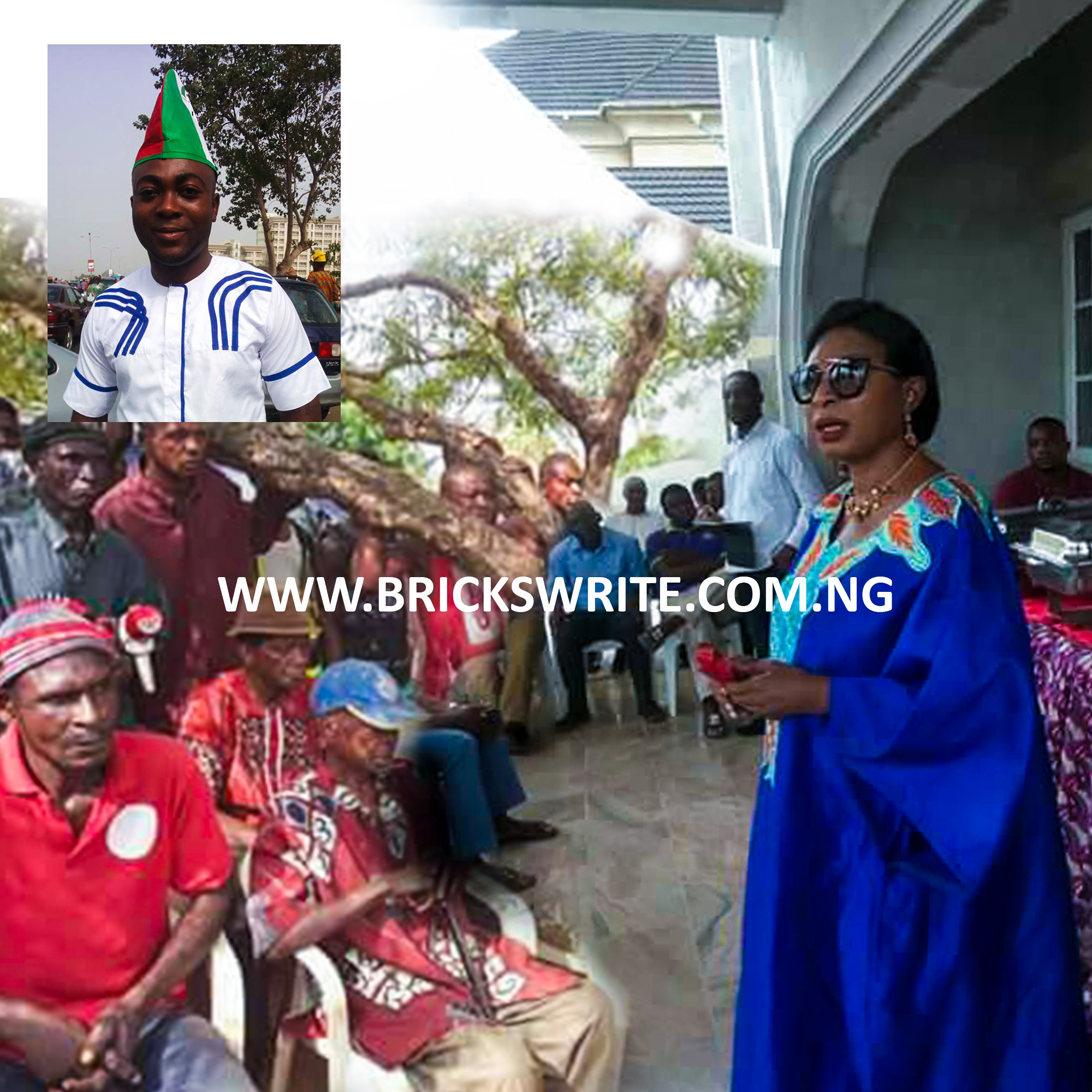 Chairman Senate committee on Diaspora Sen. Rose Oko has been referred to as a blatant lair and an unreasonable leader over her visit to Ugaga, a community under her constituency to deceive villagers that she has waded into the community’s fight with Fulani herdsmen by calling IGP.

Some of the indigenes residing in Abuja who have been following the situation daily in visiting the Force Head Quarters called Sen. Rose Oko names on social media saying such case should not be politicised by her unreasonable ambition for 2019 as she has never made any effort to salvage situation using her position as Senator representing the same constituency.

During a telephone interview with brickswrites, the concern indigene sad “while the Community head and youth leader are still under detention in Abuja, Sen. Rose visited the village on Tuesday to deceive the villagers with her regular lies that she has called the Inspector General of Police over the issue just to earn cheap respect and have their votes in 2019 but she never visited as i speak yet she has the guts to go and deceive the villagers which will be the beginning of her failure in her 2019 senatorial re-election”

Ugaga is a community under Yala Local Government of Cross River State and has being under attack by Fulani herdsmen as it was reported that one of the villager’s hand was cut-off by the deadly militants few months ago resulting to restlessness in Yala Nation entirely since the incidence.

It was however gathered that the herdsmen have written to the community that it will not know peace during this festive period starting from 20th, 24th and 25th of December, 2017 as the villagers no longer walk in peace as a result of the planned attack.

August 14, 2018
Bricks Write promises to be a fair and objective portal, where readers can find the best information, recent facts and entertaining news.
Contact us: news@http://brickswrites.com.ng