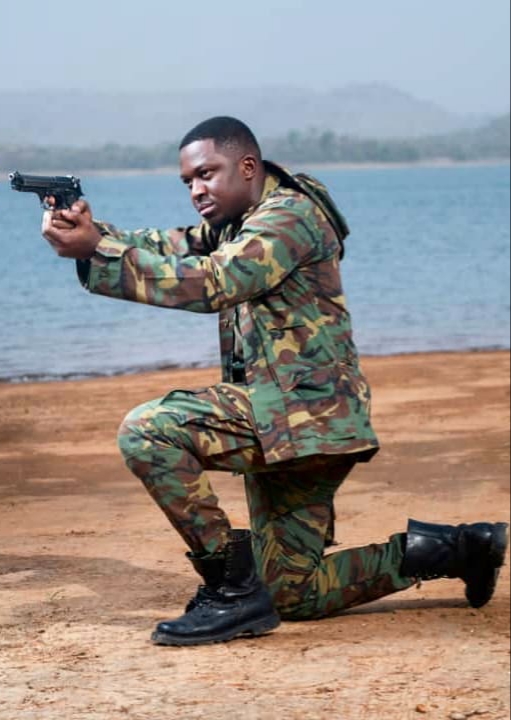 About 96hrs to the 2019 generally Speaking with Chuks D General, the self acclaimed general has been arrested for illegal possession of arms and impersonation of the Nigerian Army.

The Fastest Abuja based rising comedian who in the last 24hrs has flooded the internet with photos wearing the Nigerian Army uniform to depict his name as well as carrying a pistol (Handgun) is said to have been taken to an unknown destination for interrogation.

All efforts by brickswrites to ascertain the authenticity proves abortive as the Director of Information, Nigerian Army has not confirmed the arrest. Further investigation by brickswrites reveals that the organizer might have been taken away by many toes he has stepped on in the billed up to the forthcoming event in Abuja or envious colleagues who are not happy with his sudden growth above them in the industry.