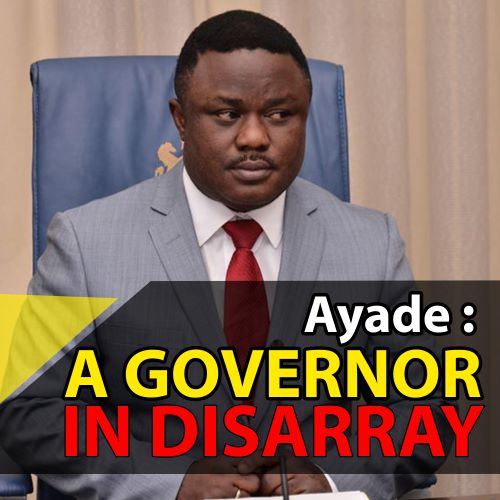 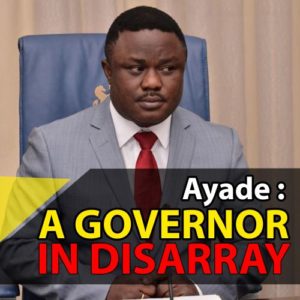 Man should know that power and existence is transient. Following the recent demise of the distinguished senator representing Cross River North at the National Assembly, Sen. Dr. Rose Oko, underground scheming and maneuvers have started in earnest for her replacement as Gov. Ben Ayade, a master of political rhumba dance would do anything possible to have a stooge for her replacement in order to sustain his 2023 ambition.

Although people of the senatorial district are still in mourning mood over the demise of the distinguished senator as her remains is yet to be brought back for burial but I am aware that underground scheming and intrigues for her replacement has begun even when people that knows are in denial because Ayade is yet to settle for a zombie candidate.
The calculation from Ayade’s quarters is having a zombie who may not question his authority either from Yala speaking or anywhere in the north that is loyal enough to handover to him in 2023.
This calculation is on the back that peradventure he gets back to the senate in 2023, the Presidency remains in the north, the Senate Presidency could likely go to the South-South and Ayade being a 2nd timer at this point would be eligible to contest.  You see why the governor’s rhumba dance shoes might not leave his feet?
I write this article to remind his Excellency that the deceased who created the vacuum today was from Yala speaking and a replacement must come from the same yala speaking which is the majority in the Local government. Anything less would bond yala irrespective of party affiliation in total rejection at the poll.
Yala has eminently qualified sons and daughters with capacity and qualities to replace their daughter. I am sure His excellency is mindful of the fact that Joe Agi (SAN), a legal luminary of high repute in Nigeria is from Yala and effectively contested against him in the governorship election; Rt. Hon. Larry Odey, an experienced politician, a former State Assembly speaker and an acting Governor is also from yala; Yala is also blessed with the honor of having High Chief Higgins Peters, a true leader by all definition, the current de facto leader of yala nation, a unifier, a philanthropist per excellence and a successful businessman with wide networks and connections across the country.
The list include Jude Ngaji, bold, smart and fearless, former Deputy Chief of Staff as well as former SA on Security; Tom Agi former political strategist for Dr. Rose Oko, former State House of Assembly leader, former commissioner and former special Adviser; Stella Odey the emerging Amazon of yala politics, former vice chairman of yala local government, former commissioner for women affairs and current commissioner for local government affairs; Theresa Ngozi Ezama An educationist, former PDP Deputy women leader South-South Nigeria and presently SA on rice to the governor;  Justice Obojor ogar, Retired court judge and sound mind; Gabe Onah, Former Managing Director tourism and current carnival commission chairman: Two of Dr. Rose Oko’s loyalist and supporters  and Mrs. Philomina Ihieji. These are all Yala sons and daughters with worth and value.
Gov. Ben Ayade’s permutations and calculations on his ambition for 2023 might likely not allow him to nominate the best amongst this list to replace the late Senator on the fear that in 2023, the individual might not relinquish power to him. This  account for why mostly his close friend and confidant High Chief Higgins peters, Joe Agi (SAN), Rt. Hon. Larry Odey and Jude Ngaji would likely not get his nomination or consideration.
My advice therefore would be that my people should forget about effective representation from yala In replacement for Dr. Rose Oko thanks to the governor’s ambition for 2023.
I know PDP’s victory in the bye-election is nonnegotiable as always if the right and popular candidate is fielded but the governor should remember that times are changing if he fields the wrong candidate mostly when he is on a ticking clock of exit.
At this juncture, I will implore His excellency Governor Ben Ayade to kindly read through the book of Luke 17:33…”Whoever seeks to preserve his life will lose it, but whoever loses his life will keep it”. If you seek to preserve your Ambition for 2023 by giving ineffectual representation to Cross River North, you will lose it, but, if you lose it now (allow the popular will of the people to prevail), you might have it when your time is ripe again. God CERTAINLY hears the prayers of His people and will hearken unto them accordingly. God bless the governor and direct him aright and God bless Cross River North.
This article represents the voices of the overwhelming majority of our people. We are Yala, Our Voices matter.
I am Emma Bricks Oko;
Yala Progress is my topmost priority. 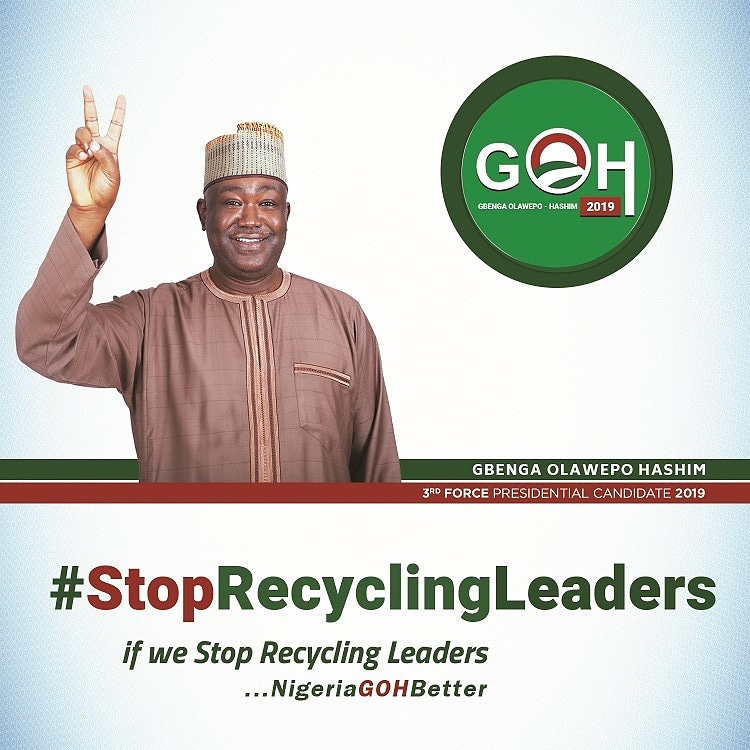