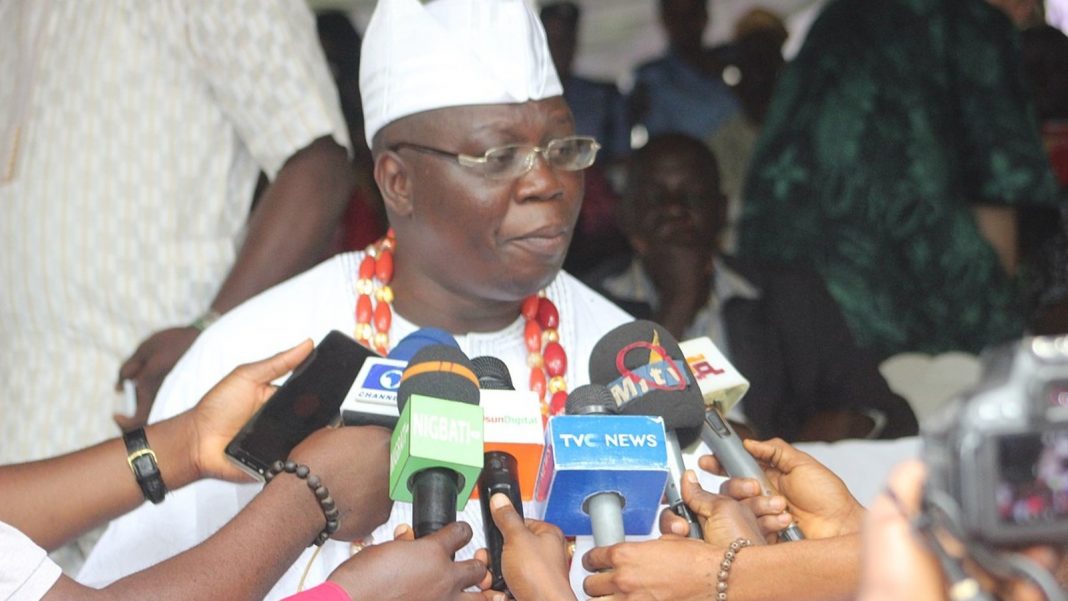 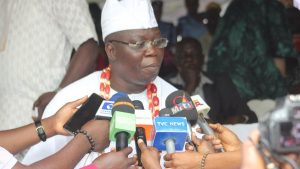 Aare Ona Kakanfo of Yorubaland Gani Adams, in a speech at a book launch in Lagos on April 14 said that the Yoruba people have “graduated from restructuring to self-determination.” He continued by saying that Nigeria is dominated by a “main powerful bloc” that, he implied, makes restructuring impossible. Specifically, he is advocating autonomy for Nigeria’s regions, in which “70 to 80 percent” of political power would be exercised by the regions rather than the federal government.

The Aare seems to advocating a form of governance similar to that of the Federal Republic of Germany—an example often cited in Nigeria of successful regional devolution. These sentiments were also expressed by other representatives present of the Yoruba elite.

The Aare and other speakers also vented against President Muhammadu Buhari and the Muslim north—especially the pastoral Fulani. (Buhari is a northern Fulani.) The representative of the Ooni of Ife, regarded as one of the two paramount Yoruba traditional rulers, complained that most of the wealth of the south was enjoyed in the north. Reflecting Yoruba cultural concerns, he also called for the reintroduction of history in school curricula, presumably in support of Yoruba identity.

Calls for restructuring Nigeria are widespread across the country. In Yorubaland, agitation for autonomy rather than restructuring could presage a drift toward Yoruba separatist sentiment. The leader of Igbo separatism, Nnamdi Kanu, appears to see that possibility. He welcome the Aare’s speech on social media. Yoruba calls for “autonomy,” even if falling short of calls for separatism, do not bode well for the unity of Nigeria, already challenged in the oil patch, in Igboland, and by jihadis in the north.

The Aare has long been involved in Yoruba cultural and political movements. He led the militant wing of the Oodua Peoples’ Congress, which advocates for an “autonomous” Yoruba state and has been accused of terrorism. (Gani Adams was jailed for a time.) He was raised to the Aare rank by the Alaafin of Oyo, the other paramount Yoruba traditional ruler. The previous holder of the Aare title was Moshood Abiola, presidential victor in the 1993 elections—Nigeria’s most credible—but excluded from office by the army; he later died  in prison under suspicious circumstances. The Aare appears to be at the center of Yoruba political ferment. The media reports that Afenifere, another Yoruba cultural/political organization, effected the Aare’s reconciliation with former President Olusegun Obasanjo.

The Yoruba are one of the “big three” ethnic groups in Nigeria. (The other two are the Hausa and the Igbo.) Estimates of their size are up to 40 million. They are concentrated in southwest Nigeria, but some Yoruba in Brazil recognize Yoruba traditional rulers in Nigeria. Yoruba identity and culture are strong. Nominally, the Yoruba are divided between Christianity and Islam, but religious tension among adherents of the two is absent. Yoruba families usually include both Christians and Muslims, and adherents of each religion celebrate the other’s holidays as well as their own. Some ascribe this tranquility to the fact that, whether Christian or Muslim, Yoruba respect the traditional Yoruba gods. A hierarchy of traditional rulers commands popular respect. At the pinnacle are the Ooni of Ife and the Alaafin of Oyo, often rivals in the past. The Yoruba have a tradition of political fractiousness, which led to British occupation in the mid-nineteenth century. Olusegun Obasanjo, military ruler in the 1970s and civilian president from 1999 to 2007, is a Yoruba. The Yoruba dominate the Lagos-Ibadan corridor, the most developed part of Nigeria.

August 16, 2018
Bricks Write promises to be a fair and objective portal, where readers can find the best information, recent facts and entertaining news.
Contact us: news@http://brickswrites.com.ng