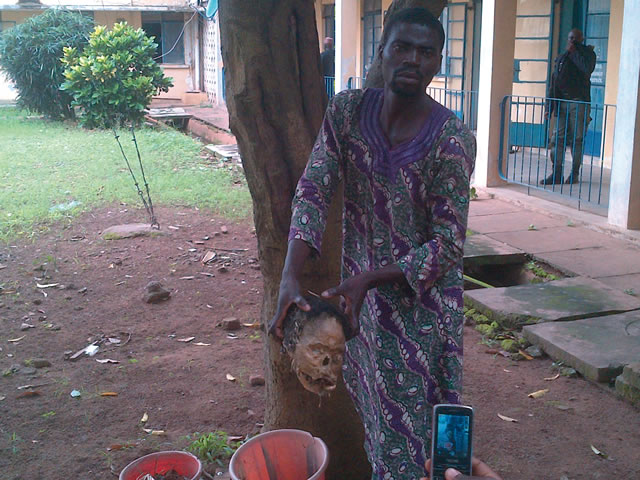 Two brothers who were jealous of their brother have confessed to implicating him in a murder act over family inheritance.

According to punch reports,  the brothers, Saidi and Idris Amadu, from Asa Local Government Area of Kwara State, have confessed to killing a woman, Rohimat Kehinde, and a girl, Fasilat Azeez, to implicate their eldest brother, Ayodele, over a family inheritance.

The suspects said they were angry at their late father for giving Ayodele 40 cows and gave them 10 cows each as their own inheritance.

Speaking during the week while being paraded by the Kwara State Commissioner of Police, Samuel Okaula, in Ilorin, the Kwara State capital, the suspects stated that they, in company of a fleeing suspect, Quadri Ayodele, killed the victims and pulled their corpses close to the residence of Ayodele to implicate him.

It was gathered that Ayodele — on the discovery of the corpses near his house was arrested, charged to court and remanded in prison custody.
Okaula said the late woman’s husband, Kehinde Babatunde, of Igba-Iroko/Alapa village in Asa Local Government Area of the state reported that assailants had gruesomely murdered his wife and Azeez as they were hawking drugs and other items around the Gaa-Arasiko area near Alapa.

November 2, 2016
Bricks Write promises to be a fair and objective portal, where readers can find the best information, recent facts and entertaining news.
Contact us: news@http://brickswrites.com.ng