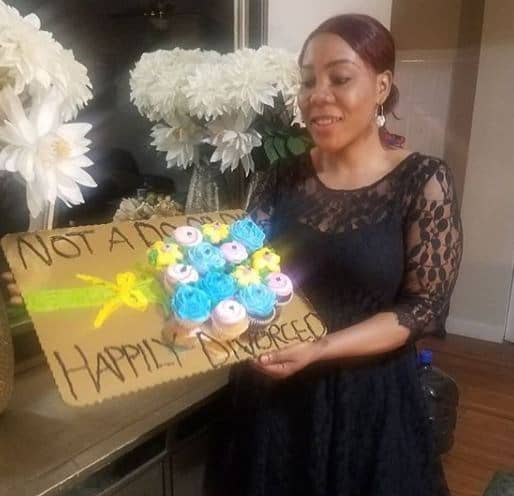 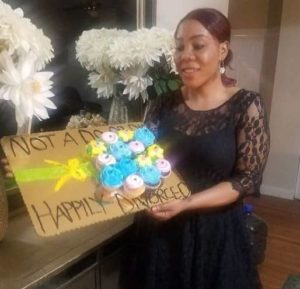 The last may not have been heard of the raging media battle between Hon Emmanuel Arigbe-Osula and his estranged wife, Uwaila Agbonson, aka Uwa Brown, who recently took the issue of their divorce in America to the social media.

Uwa had alleged among other things that Hon Emmanuel has been irresponsible since the divorce and refused to pay the maintenance for her and the two children from the marriage.
In a response to Uwa’s rants by Osa Osula, a relative of Emmanuel, Uwa’s claim was described a case of greed and blackmail taken too far.
According to Osa, after the divorce, Uwa had expected Emmanuel to continue to foot all the bills of her maternal family like he had always do in the last 16 years but the recent decision by Emmanuel to resist that demand prompted the current outburst by Uwa.
Osa added that even though Uwa got A 7 bedrooms duplex in America and over $2, 500 monthly for maintenance from the divorce, she had expected a clean out and a complete take-over of all Emmanuel’s wealth, this was however, not acceded to by the court. She is therefore pained that she got less than she envisaged.
Osa also denied the allegation by Uwa that Emmanuel has failed to pay the child support and all additional gift of maintenance totalling $2, 550 monthly he agreed to, insisting that had Emmanuel defaulted on that, he would have been in jailed or be without all his driving & business licences.
He maintained that Uwa’s allegations are dirty lies and blackmail born out of desperate greed and failed attempt to rip his brother off.
He therefore advised Uwa to put an end to the shameless blackmail, display of greed and crass irresponsibility and rather focus on her life after the divorce.

Someone just contacted me that you’re alleging on Social Media that he’s replying your post. Drama queen, He is not interested in your fake news & sensationalized stories. Everyone in the world knows that if he was not paying child support in America & the additional gift of maintenance totalling over $2550 monthly he agreed to, He would have been in jail or be without all his driving & business licences.
In addition until two weeks ago, he was still paying for your car insurance, you and your siblings’ phone bills. As at this very second, I am writing he still pay for your phone & Mobil internet (hot spot).
Remember that the last time you paid for anything in 15 years until recently was just a few months ago. He sent you to London for your B.Sc & M.Sc after you couldn’t pass the University Matriculations Examination, UME in Nigeria. Whereas you lied that you were a graduate of Computer Science from Uniben, a school you never attended.  You spent over $100, 000 on jewellery design training & complete jewellery making studio, completed with Diamond processing & crafting equipments seating in your basement unused. You also spent Tens of thousands of Pounds on other training & setup of a fully equipped Salon that lasted less than 3months while in London.
Even when you didn’t work one day in 15 years, he paid people $600 weekly to come to the house daily to tutor the children because you were too busy on phone & social media and couldn’t take care of your children.
You are such a shameless liar who is completely driven by greed & the fact that the wide dream of a clean out in the divorce fell short of your high expectations.
You told the family court that the House you got in the divorce settlement should have been fully paid for. A 7bedrooms duplex occupied by you, his two kids, your two brothers who are medical doctors, who by the way were fully trained in All Saints University in the Commonwealth of Dominica by uncle Emmanuel after their father abandoned them there in their first year, your sister & her daughter, who he has cared for since birth apart from training her at Benson Idahosa University. The man virtually adopted & cared for your entire maternal family until just a couple of months ago despite the divorce.
Whereas none of you worked, he was responsible for everyone & brought all of you to the United States after educating all of you.
As an educated woman now, he could have refused to pay for your maintenance when he filed for the divorce, but instead agreed to it because he wanted you to sign the divorce amicably.
You went to court to try to tarnish his name by filling for Order of Protection for you & the kids, it was dismissed because you withdrew it for lacking in substance. His counter-suit was granted. That’s your pain. In court the transcripts will show the world that you & your lawyer argued that he shouldn’t be believed because all Nigerians are 419 and now you are appealing to Nigerians sentiments after failing to tarnish him in the family court.
The divorce has been over for years, what is your beef? It must be greed certainly. It’s not easy having to work for the first time in your life and pay your own bills in America by yourself right? Prove to the world how many years you have worked in your life.
Now that you have started working for the first time in your life as a Dialysis Technician, instead of appreciating the handiwork of others in getting you and members of your family to where you are now in life, your desperation has heightened. You want him to continue to pay for everything like before.
You have bragged that you’re DELILAH and will do anything to destroy him, but God knows that all he did was to marry you against all advice & lifted everyone around you up. So, you shall not succeed. You should be ashamed of yourself for the extent your greed has driven you.
You ran up over four credit cards to the turn of hundreds of thousands of dollars & the man did not ask you to pay & yet you are saying crap and lies all over the social media. Enough of your greed and blackmail UWAILA.
Emmanuel has a good heart and the fear of God, yet you want to use your greed to tarnish him. I have told you privately & now publicly that you will not succeed.
You are not celebrating, but vindictive and bitter over the unsuccessful plot to clean out. You have your boyfriends, so move on and give him peace of mind to move on. If your greed is still driving you, my uncle said that the judge repeatedly told you that you can go to the Supreme Court to seek it, but don’t cry wolf when there’s none. When my Uncle said over four years ago that you boosted that you are DELILAH out to destroy him, we doubted, but you are beginning to make me believe that you are really a Delilah, but this time around, yours is an unsuccessful mission in Jesus name, Amen.

June 27, 2020
Bricks Write promises to be a fair and objective portal, where readers can find the best information, recent facts and entertaining news.
Contact us: news@http://brickswrites.com.ng