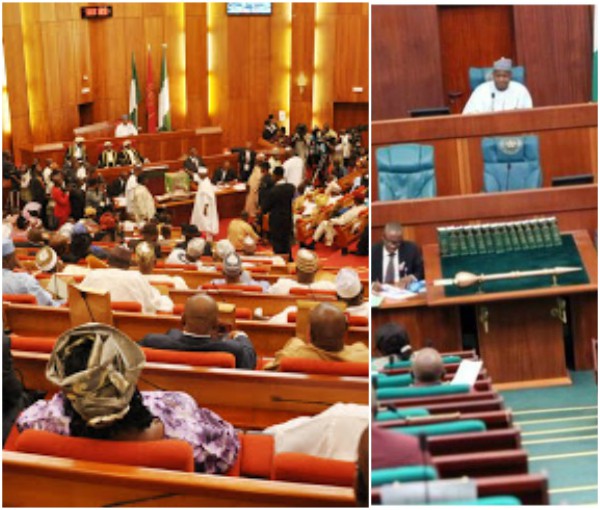 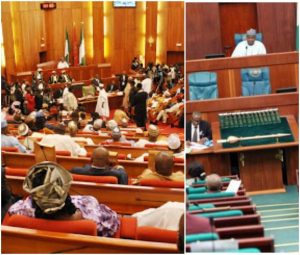 The 8th Senate today passed the Whistleblower Protection Bill. The Bill which seeks to encourage and facilitate the disclosures of improper conduct by public officers and public bodies was presented by the Committee on Judiciary, Human Rights and Legal Matters, chaired by Senator David Umaru, the member representing Niger East in the 8th National Assembly.

Otherwise known as “An Act to Protect Persons Making Disclosures for the Public Interest and Others from Reprisals, to Provide for the Matters Disclosed to be Properly Investigated and Dealt with and for other Purposes Related Therewith”, the Bill also seeks to ensure that persons who make disclosures and persons who may suffer reprisals in relation to such disclosures are protected under the law.

The Bill also specifies who is qualified to make disclosure of improper conduct; the procedure for making disclosures; and the protection due to ‘whistleblowers.’ Under the newly passed Bill, a person who makes a disclosure shall not? be subject to victimization by his or her employers or by fellow employees.

Additionally, a person who makes a disclosure has the right to take legal action if he or she is victimized, dismissed, suspended, declared redundant, transferred against his or her will, harassed or intimidated in any manner.

Speaking on the passage of the Bill, the Senate President, Dr. Abubakar Bukola Saraki stated that: “This is a promise kept. Today, we have passed a landmark piece of legislation to fight corruption and protect patriotic Nigerians who are fighting corruption,” he said, “This Bill will protect the lives of those who risk themselves to expose corrupt practices in Nigeria.” With the passage of this Bill, the Senate has concluded work on three anti-corruption Bills. In May 2017, it passed the Mutual Assistance in Criminal Matters Bill, while in June 2017, it passed the Witness Protection Bill.