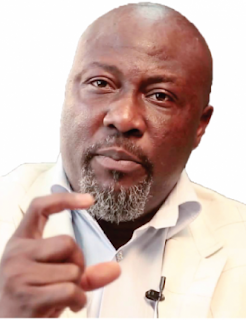 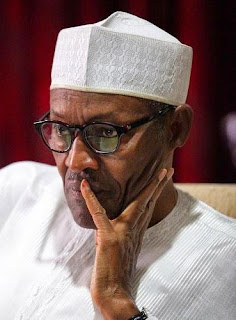 Deeply worried by the poor state of the economy which has brought unprecedented hardship and hunger on the masses of the Nigerian people, a federal lawmaker, Senator Dino Melaye (APC Kogi West) has called on President Muhammadu Buhari to take urgent and drastic measures, including the immediate sack of three prominent members of his Economic Team as the solution-precedent to reboot the ailing economy.

In a Statement in Abuja Sunday, Melaye said the President must shake up his Cabinet, and accused most of the members of gross incompetence, inexcusable ineptitude and a distressing lack of capacity to deliver on the mandate of their ministries/Agencies.
Those to face the axe immediately if the economy must be effectively rebooted to deliver on the Change Agenda of the present administration, in the estimation  of Melaye include the Minister of Finance, Kemi Adeosun, Budget and National Planning Minister, Senator Udoma  Udo Udoma and the governor of the Central bank of Nigeria (CBN), Mr Godwin Emefiele.
” At the moment, it must be crystal clear to all discerning minds that the President’s widely-acclaimed magical body language has lost its presumed  aura and efficacy. His  no-nonsense demeanor is equally neither instilling fear nor commanding respect and loyalty from amongst his cabinet members. It is therefore obvious that the time for barking is over, now is the time to bite and boot out all those who have demonstrated, in the past several months, a crass lack of capacity to effectively carry out the functions of their office”, Melaye declared, stressing:
” The Finance Minister has not only displayed gross incompetence on the Job, she also lacks the basic and rudimentary grasp of economic fundamentals necessary to run a critical sector of the Nigerian economy like the Finance Ministry. It is time for her to go now and pave way for a qualified and experienced person to steer the Nigerian economy away from the dark woods it has sunk presently under her stewardship”.
On Udoma Udo Udoma, he stated : “To be sure, Senator Udoma Udo Udoma is a very charismatic man, an accomplished lawyer, and a quintessential gentleman with a fairly untainted reputation. In everyday parlance, he is a good man. But the critical job of Budget and National Planning Minister for a huge country like Nigeria, with her prevailing economic challenges requires much more than being a good man with a great personality.
“It is for someone with the relevant qualification, professional knowledge and experience in public sector finance, development economics, strategic thinking, budgetary planning and management. As a lawyer, accomplished in this field as he is, Udoma’s appointment to that position is nepotism taken to very ridiculous heights; and a classic case of putting round pegs in square holes-it will, and can never fit. It is akin to saddling a carpenter with a tailor’s responsibility. The outcome under the circumstances, as has become evidently clear, is bound to be catastrophic for the economy. President Buhari must therefore do the needful now by relieving Udoma of this huge burden that is constituting a clog to the revival of the Nigerian economy”, the lawmaker declared.
On the CBN governor, Senator Melaye pointed to his disastrous handling and release of the so-called Dasuki-gate funds which amounts to about 15 per cent of the nation’s foreign reserves, policy flip-flops, summersaults and inconsistencies as clear evidence of gross incompetence in the management of the nation’s fiscal and monetary policies. The net effect of this inconceivable ineptitude on the part of Emefiele, according to Melaye is the free fall in the value of the naira and the total loss of faith and confidence by the international community on the Nigerian economy.
To reverse this trend, Melaye says President Buhari must muster the courage to wield the big stick and give Emefiele the boot, to be replaced by a fiscal and monetary policy guru. “We have these qualified Nigerians in abundance, and the President must beam his searchlight to find them to help him, the Nigerian economy as well as the suffering Nigerian masses”.
He further called on the President to immediately discountenance the Economic Team currently under the supervision of the Vice President, Professor Yemi Osibanjo “as their decisions will not be; and has never been respected by the economic managers and the bureaucracy in Nigeria”. In its stead, Melaye urged the President to constitute an “Emergency Ad hoc Economic Team” made up of all former Ministers of Finance, Budget and National Planning, CBN Governors as well as members drawn from the academia with “deep knowledge of developmental economics to drive the economic revival programme”!
“The President must immediately transit from mere rhetoric to drastic but positive action to save the economy and Nigeria from total collapse. The hunger in the land is real, pervasive, widespread and debilitating for the poor masses. As I walk the streets of my constituency these days, I constantly harbor a foreboding that I could be stoned by my angry constituents for the failure of Mr President to fulfill his campaign promises and expectations to Nigerians”, Melaye said, warning:
“Nigeria is tottering on a dangerous precipice, sliding perilously to a certain catastrophe if the current economic malaise is not halted immediately”, he declared, even as he said his criticism is borne out of an altruistic fervour, and not a product of sour grapes akin to some traditional critics of “Every Government in Power (EGIP)”.
Nigerians and Mr President, he said should be able to recall with little difficulty that “I was a permanent fixture at the All Progressive Congress (APC’s) Presidential campaign rallies and events, functioning mostly as the Master of Ceremonies (MC). I am a proud APC Member, a party bonafide with a great stake in the success or failure of this administration, so no one can accuse me of sour grapes or meddlesomeness.
“I am a truly concerned stakeholder presently bothered by the imminent, clear and present danger of a still-birth of a Change Agenda that held so much hope and promise for Nigerians a little over a year ago. While there is a lot of hunger, anger, anguish and despair currently in the land, I have a firm belief that the situation is not beyond redemption for Mr President, hence my call for urgent and drastic remedial action now”, Melaye concluded.
Dist. Senator Dino Melaye
Kogi West.