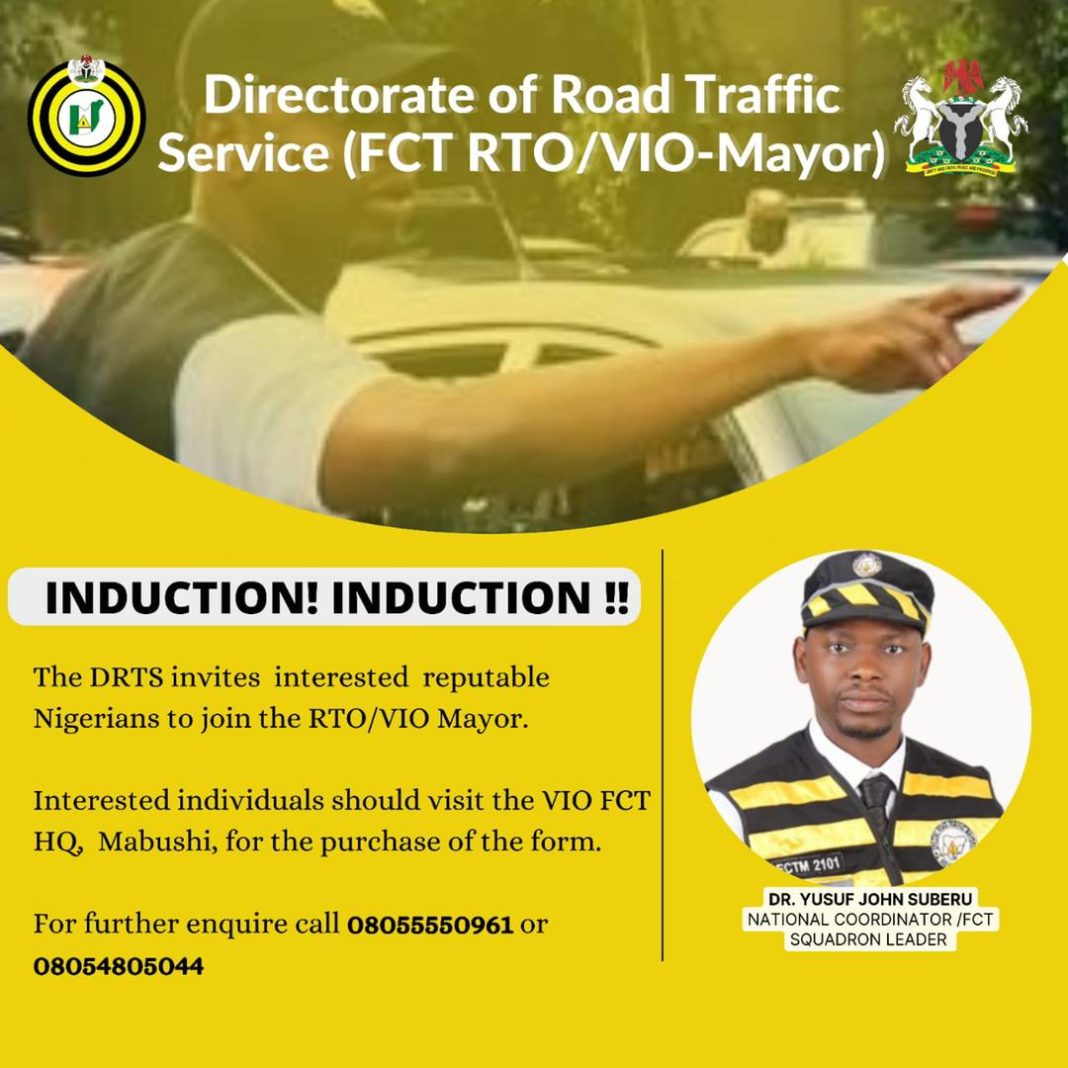 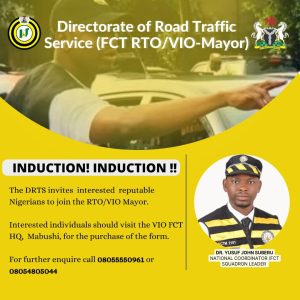 As the date for another induction draws closer, the National Coordinator and FCT squadron leader of the RTO/VIO mayor, Mayor Dr. John Yusuf Subaru has called on FCT residents to join the RTO/VIO mayor which is the volunteer arm of the VIO to decongest the roads within FCT.

The Squadron leader who made the call during one of its general meetings leading to the planned induction ceremony said more hands are needed to free the roads of traffic congestion and also bring sanity to the roads.

Dr. Yusuf who doubles as the National Coordinator emphasized the need for more members saying the daily traffic within the city center is alarming adding that more hands of willing volunteers would go a long way to free up the roads for users either in the morning while resuming work or when closing.