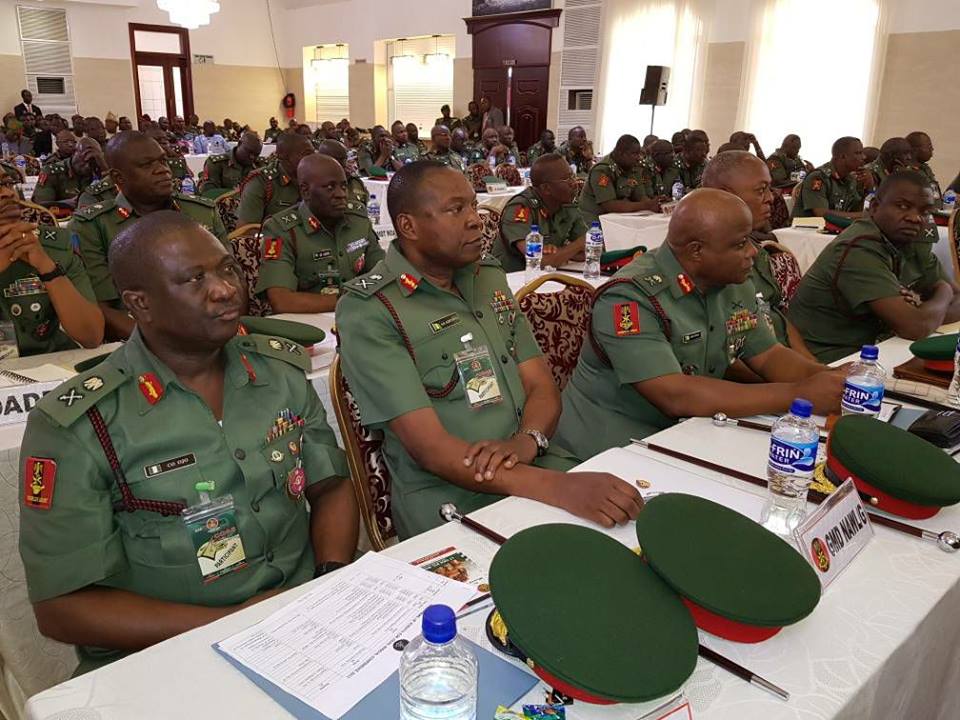 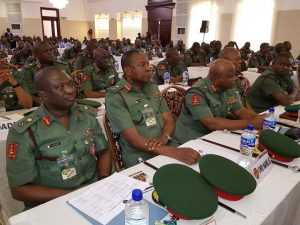 The initiative to train pilots is in accordance with the vision of the current leadership of the Nigerian Army under the leadership of Lieutenant General TY Buratai in transforming and enhancing its operations and efficiency of its personnel.

The commissioning ceremony was one of the series of focal events lined up for the on-going 2017 Chief of Army Staff (COAS) Annual Conference in Ibadan, the Oyo state capital.

Performing the commissioning, President Buhari commended the feet achieved by the Nigerian Army saying it was evident that the nation’s Armed Forces have moved to the next level.

Represented by the Chief of Defence Staff, Gen. Abayomi Olonisakin who doubled as the Special Guest of Honour, the President said, “The nation appreciates the enormous sacrifices of our gallant officers and men prayed for the repose of the souls of our soldiers whom we have lost in the course of enthroning sustainable peace in the country.’’.

He implored Nigerian leaders at all levels to embrace the wind of change blowing across the country, as he appreciated the professional conduct of the officers and prodded them to continue the patronage of Nigeria’s local products and services.

Speaking earlier, the Chief of Army Staff, Lt. Gen. Tukur Yusufu Buratai said, the commencement of the training of aviation corps for the Army was an initiative conceived in accordance with the vision of the current leadership of the Nigerian Army in transforming and enhancing its operations and efficiency of its personnel.

This vision of the Nigerian Army, he hinted, was tailored to materialize, using its own platforms, noting that the Army is being repositioned to doubles its achievements in the year 2018.

He had explained that the Nigerian Army will not relent in the training of its personnel for efficient service delivery and be opened to reforms that would continue to position the institution for maximum performance.

Gen. Buratai intimated that the essence of the Aviation Corps is to enhance the fighting capabilities of troops, especially for its counter-insurgency operations in the Northeast and across the country.

The Army pilots have undergone a two-year intensive training at the Nigerian Army Aviation School, qualifying them to fly war planes.

Another highlight of the event was the unveiling of some books on the stewardship of Gen. Buratai, published in his honour.