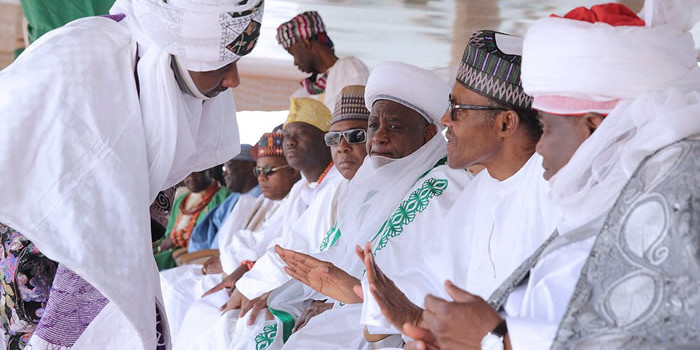 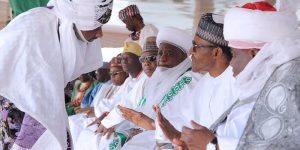 President Muhammadu Buhari during the weekend joined thousands of well-wishers from within and outside Nigeria to witness a grand Durbar held to mark the 10th coronation anniversary of Sultan Sa’ad Abubakar III.

No fewer than 3,000 beautifully-dressed horse riders drawn from across Nigeria participated in the durbar, held at the Sultan’s palace in Sokoto.

A mild drama ensued today as former president Olusegun Obasanjo made a dramatic entrance into the Shehu Kangiwa Square, venue of the 10th anniversary Durbar of the Sultan of Sokoto, Alhaji Sa’ad Abubakar.

Obasanjo, who arrived the venue of the Durbar after President Muhammudu Buhari was already seated elicited cheers from the crowd who hailed his entrance.

He arrived about 10 minutes after President Buhari was already seated at the venue, a development clearly against protocol. The president according to protocol is supposed to be the last dignitary to arrive at any public function. 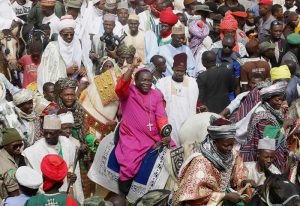 August 5, 2016
Bricks Write promises to be a fair and objective portal, where readers can find the best information, recent facts and entertaining news.
Contact us: news@http://brickswrites.com.ng