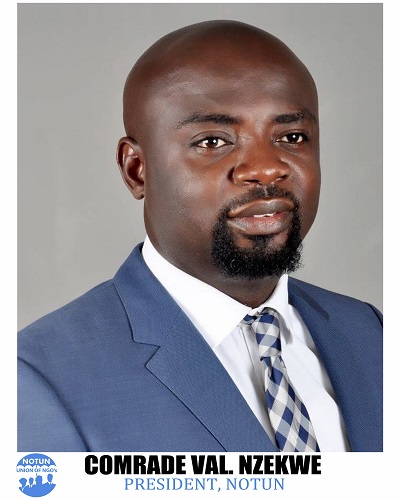 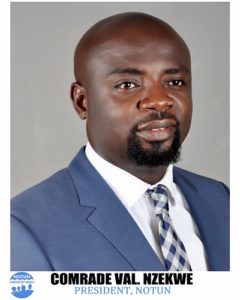 The leadership of Nongovernmental organization Trustees Union of Nigeria, NOTUN has released a new official portrait of its President, Comrade Val. Nzekwe.

A press release by the union and signed by its Media and Publicity team, Emma Bricks oko, pointed out that Comrade Val. approved the new portrait for state offices, buildings and for other legitimate purposes. 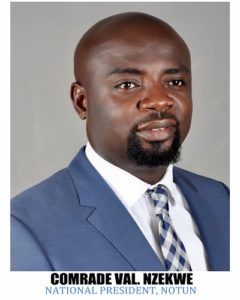 The statement added, “In this regard, all affairs or matters related to the union should either use the official portrait of the National president or the Union’s logo. 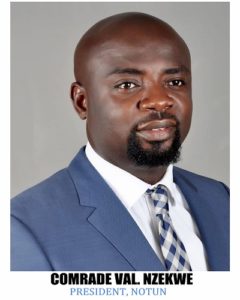 “Also, sample copy of the new official portrait can be viewed and downloaded on the official website of the union at www.notun.org the statement reads.