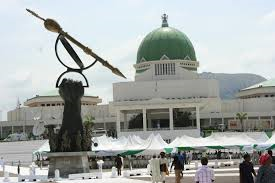 The Nigerian Peace Corps bill passed through the two chambers of the National Assembly, with the concurrence at the senate last week.

What the concurrence meant is that, the two organisations have been collapsed as one. The new name by the National Assembly is ‘Peace Corps of Nigeria.

Dr Nneji, the head of National Unity and Peace Corps, one of the merging organizations, said, pending the assent of Mr President to the bill, he is to act as the Commandant of the agency, in line with the directive of the senate.

Addressing newsmen, Dr Nneji said, “It is important to clarify that, at no point was any of these two agencies removed from the list or rejected as been speculated by a section of the media.

“What happened was that, in the bid to collapse the organizations, there were ‘give and take’. They brought part of their own organogram and we brought part of ours and when it’s collapsed into one, we have something unique.

Answering question from newsmen on whether the new development will not create bad blood between National Unity and Peace Corps and Nigerian Peace Corps, Dr Nneji reiterated that, the two organizations have been meeting.