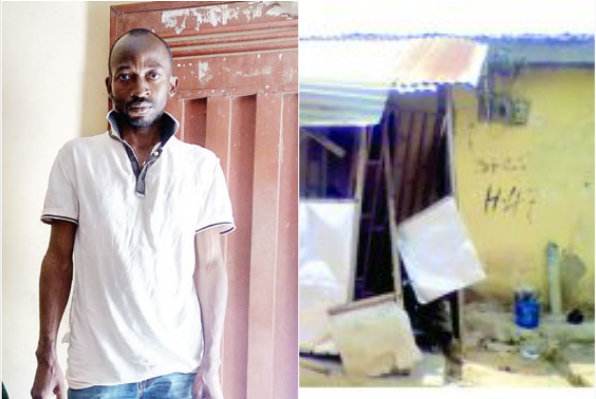 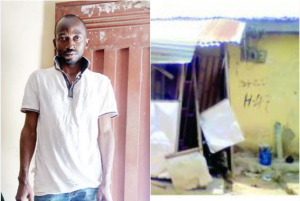 When Hannah, a native of Benue State, moved in with Matthew a few years ago, she had hoped that they would become husband and wife.

After bearing three female children in quick succession for Matthew, the Tiv native had hoped earnestly that her fourth pregnancy would bring a male child, so that, perhaps, Matthew would do the needful and formally make her his wife.

But all those dreams are gone with the wind now, as the very man Hannah shared a bed with for years has just dispatched her to an early grave after a minor squabble over domestic chores.

Daily Sun gathered that the mother of three, who was eight months pregnant, was beaten to death by her lover on June 6, 2016, in their residence in Lugbe, an Abuja suburb, because she did not wash his clothes.

It was gathered the late Hannah, 30, had spent the greater part of that day at the ante-natal clinic, and by the time she returned home in the evening, she was too tired to do any chores.

Consequently, she had to postpone all the chores to the following day.

Unfortunately for Hannah, her lover, on his return from work, took offence that his clothes were not washed.

The late mother of three was said to have explained and begged her man over her inability to wash his clothes on that particular day, promising to do the laundry the next day.

But all her pleas and explainations were like pouring water on a stone. Matthew promptly descended heavily on his lover. He pummelled her ceaselessly, until she gave up the ghost.

A former neighbour of the couple, Mrs. Precious Igbokwe, told Daily Sun how Matthew made life a living hell for the deceased because she gave birth to only female children.

“I lived close to their apartment as a single lady for over six years; we were close neighbours. Though they were not married legally as confirmed by Hannah, she was hopeful for the future. She really suffered much in the hands of that beast,” Igbokwe said.

She recalled that when the deceased delivered her last girl, her lover abandoned them at the hospital and stopped the neighbours from bathing the baby or assisting the mother.

“Thereafter, he continued maltreating them and calling the baby a bastard. He is a sadist. He doesn’t greet or respond to greetings from neighbours,” she added.

July 5, 2017
Bricks Write promises to be a fair and objective portal, where readers can find the best information, recent facts and entertaining news.
Contact us: news@http://brickswrites.com.ng