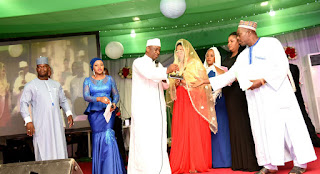 The family of late Prince Audu has disclaimed Ms. Aisha Emeje, his former wife for parading herself as member of the family after the death of their father.

Audu’s first son, Mohammed said “Emeje is not my father’s Wife, she left my Dad many year ago yet she has been parading herself as one and using my father’s goodwill to dupe people” 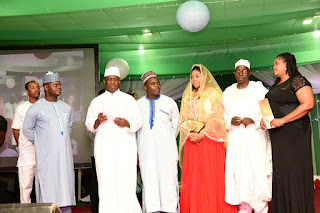 He disclosed that Aisha Emeje, who purportedly received his Father’s Award from Gov. Yahaya Bello during Kogi at 25 jubilee Celebration on behalf of the family had since left and even Contested against his father in December 2012 Gubernatorial election under the platform of Justice Party
adding that late Audu was not represented during the celebration as the family does not have the award.

He stressed that the general public and the international communities should quit any business with the said person using the Late Prince Audu name as it is her regular tactice to to gain favor.

He further advice all to be mindful of their dealings with Ms Emeje as she is not in anyway connected to the family and as such her regular tactics of using Late Prince Audu to gain favor will not be tolerated any longer.

September 23, 2016
Bricks Write promises to be a fair and objective portal, where readers can find the best information, recent facts and entertaining news.
Contact us: news@http://brickswrites.com.ng