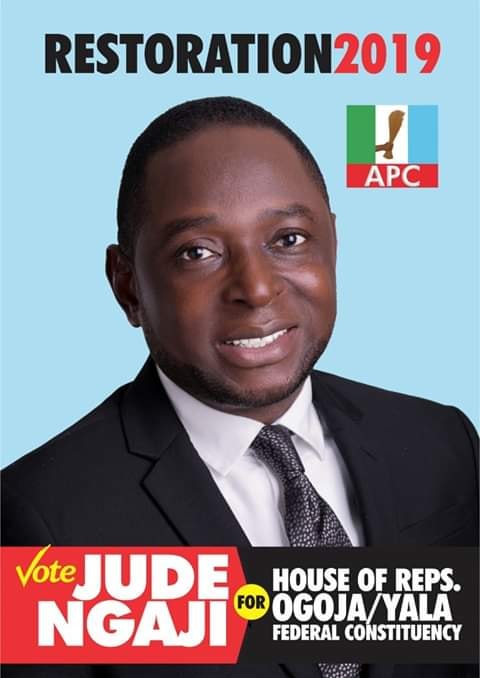 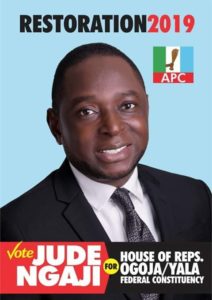 Your active outburst in the Cross River state political circle as a youth was such a great hope for the Northern senatorial district of the state which undoubtedly would have ushered-in an unforgettable breath of relief for the much suffered constituents.

I wish you never chickened-out easily showing how incompetence and unfit you could be confronting the lioness in a territory that belongs to us all, which would have made you a champion either you lose or win the Senatorial race even in the opposition that you have decamped. The social media was agog by the youth over your interest in the Senatorial aspiration because everyone is tired of the selfish representation of Dr. Mrs. Rose Oko, Trust me Jude, even a chicken would defeat her in her re-election bid like it will happen to President Mohammedu Buhari in 2019: I personally kept Virgil on occasions writing brilliant articles promoting your aspiration on your arrival even though I never met you till this moment I write, thinking you could save my aging parents with active representation and bringing to bear their sufferings and demand the federal government to come to their rescue in providing the needful.

I know a few youths who went physical in the course of supporting and preferring you to your initial contender with the view that such person doesn’t not have anything to offer the constituents anymore little did they know that they were fighting for a feeble heart who will leave them stranded when the push comes to shove .

Everyone wants to be in the ruling party simply because it gives edge for winning in every elections but certainly not a party like the APC that has nothing to offer but anchoring its campaign on corruption that’s literally meant to hunt the opposition.

Brother Jude why? Your father was as fearless as the lion, dogged and brave in politics like no other, were you not told that politics is not for the chicken hearted people but for people with tones and tones of heart? Would you not rather be loyal and keep enjoying from the Ayade government as an appointee than pulling a stunt that’s detrimental to your political career?

I am worried because I like you more since you are youthful at heart, full of energy and would be able to represent me at the upper chamber. Leaving the senatorial ambition is not even my problem but biting the finger that feeds you, your Father would certainly not be happy in his grave if he was dead at the advisers who made this possible to successfully kill your political career because it will lead you in oblivion as it stands now but only heaven knows how the old man is feeling now that you left his Party.

You think there is sympathy in politics brother? Hell NO: once you fail, you are sent on oblivion or you will relocate and start a new career in Abuja? Because this is the only place you will not be asked questions whether you are indigene or not since its FCT.

I understand why you sojourned to the opposition but I thought you would keep your cool, is there no place for Party loyalty anymore? So what happens since you going to fail? or you henceforth want to be addressed as former House of Reps candidate of the APC? Note this day, that their promises that made you abandoned your original party that even your own father is a stalwart are fake. They had the chance and opportunity to manipulate Ekiti and Osun doesn’t mean it will work in 2019 general elections so I wonder why you should easily give in to these antics.

Ngaji I am pained because I thought you learnt from the best and would take over from your father even though there some reservation which is normal with human. Your choice to joining the state opposition will actually send your candidature to oblivion because nothing interest any Nigerian about APC anymore. It would have be better you take a new party for a choice than a dead party that is about to be laid to rest by the National chairman.

In Politics, they fail today, win tomorrow with faith but certainly not the path you have followed! Betrayal is the height of it in the game and I join the legion who welcomes you to the Supporters Group Association of Nigeria as you retire honorably though not tired without enjoying leadership that you yearn for.

Your political oblivion is here, there is nothing you can do about it.

September 19, 2022
Bricks Write promises to be a fair and objective portal, where readers can find the best information, recent facts and entertaining news.
Contact us: news@http://brickswrites.com.ng