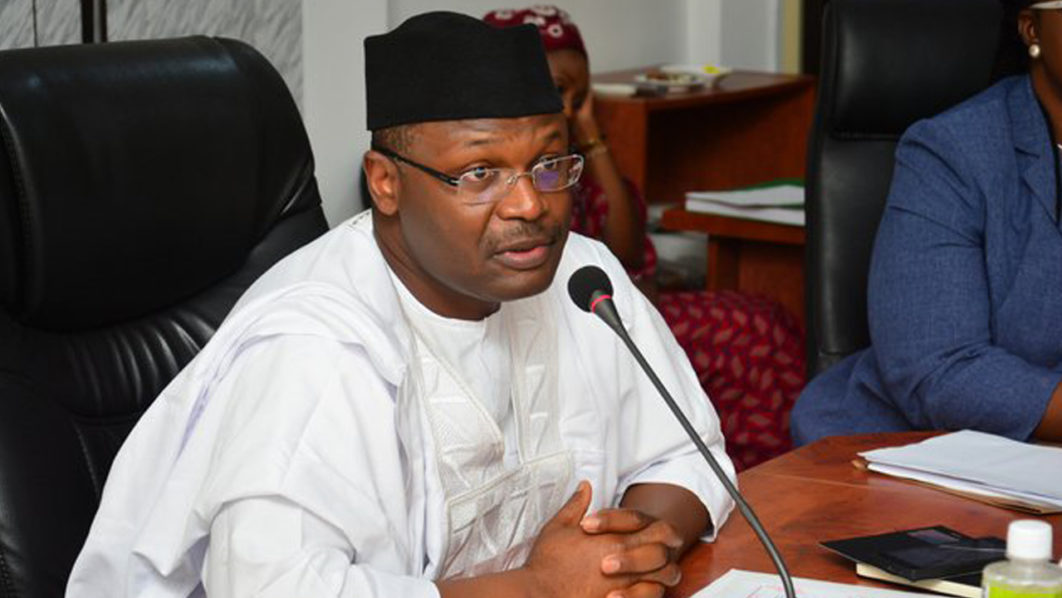 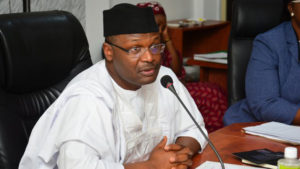 By Iyobosa Uwugiaren and Adedayo Akinwale in Abuja

As part of it efforts to ensure transparency and build confidence in the February 16 presidential election, the Chairman of the Independent National Electoral Commission (INEC), Professor Mahmood Yakubu, has vowed to solely man the result collation centre, stressing that he will not share his constitutional responsibility as the chairman of the collation secretariat with anybody.

The INEC boss was also said to have raised the alarm over what he described as the increasing violence tendencies by politicians and youths who could be used by politicians to carry out nefarious activities, saying that the elections might be disrupted if the security agencies refuse or fail to carry out their jobs, in line with INEC’s specifications.

This is coming as the electoral body has also decided to allow members of the accredited civil society groups, local/international election observers and the media access to its Situation Room.

The Situation Room is a centre where all results from all states for the presidential election are counted and collated before they are finally announced.

The room is unique to INEC; it is its internal control mechanism and the core activity of the commission, which is not usually open to outsiders.

THISDAY also gathered from a senior INEC’s official that Yakubu, has vowed not to share his constitutional responsibility as the chairman of the results collation secretariat with anybody.

“We have decided to open up the Situation Room for members of the civil society groups, party’s members, local/international election observers and the media. But they would have to be accredited. The greatest thing for us is that the process is opened,” the senior INEC officer stated.

There has been pressure on INEC to grant international and local observers access to its situation room during the elections, especially with President Muhammadu Buhari’s refusal to assent to the Electoral Act Amendment Bill. It was canvassed that it would make the election transparent and makes the result they will declare believable.

He, however, said that INEC has its own limitations, adding that “we can only do what we can do.’’

According to him, Yakubu is concerned that with the increasing violence tendencies by politicians and the number of youths who could be used by politicians to carry out nefarious activities, the elections might be disrupted if the security agencies refuse or fail to carry out their jobs, in line with INEC’s specifications.

“If we have violence, many elections could be declared inconclusive; that is my fear. For now, it is a big issue for all of us. Many of the registered voters are young people; they don’t have patience on the day of election. And they can easily be used by politicians to disrupt the election’’, the INEC senior officer added.

He also revealed that the commission had virtually finished its recruitment of ad-hoc staff for the elections, with majority of the recruited presiding officers coming from the National Youth Services Corps (NYSC) members, adding that in states where they don’t have enough corps members, some final year students were recruited from the federal institutions – universities and polytechnics.

As for the Collation/Returning Officers, he revealed that those recruited were of professorial grade from federal universities, who were carefully selected in conjunction with the Vice-Chancellors of the universities they operate from.

The INEC officer, who also expressed serious concern over contradicting court orders from courts for equal jurisdiction, said that INEC had been dragged to court for over 619 times since the process started.

He warned that there can never be true democracy without democrats, advising all stakeholders to play by the rules.

We Are Yet to Receive Court Judgments on Zamfara APC

In another development, INEC has revealed that it has not been  served any of the two conflicting court rulings issued last Friday on whether or not it could accept the list of candidates for presented by the All Progressives Congress (APC)  for Zamfara State  in the forthcoming general election.

A High Court sitting in Gusau, Zamfara State, presided over by Justice Muhammad Shinkafi in suit No: ZMS/GS/52/2018, had ruled that the ruling APC actually conducted primaries in the state and should be allowed to present candidates for electoral contest.

However, Justice Ijeoma Ojukwu of the Federal High Court, Abuja Judicial Division in Suit No: FHC/ABJ/CS/1279/2018 dismissed the case of the APC and ruled that INEC acted within its powers by refusing to accept the list of candidates from the Zamfara State chapter of the APC.

INEC had last October said it would not allow the APC to field candidates in Zamfara State because the party failed to conduct primaries before the deadline stipulated.

Some members of APC in the state had approached the court challenging the decision of INEC.

The party said it conducted primaries which produced current governor, Abdulaziz Yari as a senatorial candidate and his Commissioner of Finance, Shehu Idris, as the governorship candidate, among others.

Justice Shinkafi, who delivered the ruling said APC had conducted primary elections on October 3 and 7, 2018.

The Zamfara court specifically directed INEC to accept candidates from the party for Zamfara States in the forthcoming elections.

The court also barred the national secretariat of the APC from replacing the names of those who won the primary elections of the party.

But Justice Ojukwu, in her judgment, said it was not the fault of INEC that the APC failed to conduct a valid primary within the period scheduled by the electoral body.

The judge said INEC’s action was intended to curb impunity among political parties and politicians and ensure that rule of law is adhered to.

Justice Ijeoma contended that the APC failed to conduct a valid primary within the period scheduled by the electoral body.

She said such action from INEC was good for democracy, saying it would instill discipline in political parties.

The judge noted that if consensus candidates are to emerge, there are laid down rules, the constitution of a party, which must be adhered to strictly. INEC National Commissioner and chairman Voter Education and Information, Festus Okoye, told THISDAY that the electoral body has not received a copy of the judgment delivered by the High Court in Gusau and the one delivered by the Federal High Court in Abuja.

He stated: “The commission notes that the Gusau High Court in Zamfara State and the Federal High Court in Abuja are courts of coordinate jurisdiction.

“INEC has not received Certified True Copies of the two judgments as well as the enrolled court orders.

“In taking a decision, the commission will also be guided by the specific orders made by the courts and or the reasons for the dismissal of one of the suits.” “As soon as the commission concludes its analysis and study of the judgments and orders of both courts, it will take a position that accords with the law and the constitution and inform the parties and the Nigeria people accordingly,” he said