Socio-Economic Rights and Accountability Project (SERAP) has urged President Muhammadu Buhari to ensure that any effort by his government to prevent and combat attacks by herdsmen across the country is grounded in the rights of victims of unlawful killings and their families.

In a statement on Wednesday signed by SERAP deputy director, Timothy Adewale, the organization said so far, attempts by the government to address the persistent attacks by herdsmen in Benue, Taraba, Adamawa states and other parts of the country had overlooked the plight of the victims and their families.

“But it has to be made clear that victims of attacks apparently by herdsmen are entitled to effective remedies regardless of whether they bring their claims against the government in an individual or collective capacity”, it noted.

The organization said, “It is an imperative demand of justice that the responsibility of the perpetrators of the unlawful killings and destruction of property be clearly established and the rights of the victims and their families sustained to the fullest possible extent. Establishing a trust fund for victims of attacks by herdsmen will be an important first step towards justice for victims and their families.

“Victims’ right to an effective remedy and reparation is a legally enforceable human right and not a matter of charity. It is no coincidence that the Nigerian Constitution of 1999 (as amended) and human rights instruments such as the International Covenant on Civil and Political Rights and the African Charter on Human and Peoples’ Rights to which Nigeria is a state party refer to victims’ right to effective remedies, including access to justice, reparation and guarantee of non-repetition.

“As the President of the Republic and Commander-in-Chief of the Armed Forces, SERAP believes that Buhari is in a powerful position to end the unlawful killings and destruction of property apparently by herdsmen across the country if he really wants to do so. Buhari needs to speak directly to Nigerians and particularly to the countless victims and their families.

“Continuous refusal of Buhari to speak directly to Nigerians on the matter and visit the states such as Benue, Taraba and Adamawa, that have been most affected by these attacks by herdsmen is feeding into the propaganda that this government may be shielding suspected perpetrators from justice and, more importantly, undermines the rule of law and facilitates continuing attacks.

“Indeed, the Basic Principles of Justice for Victims of Crime and Abuse of Power provides some guarantees for victims (including family members of direct victims), such as those that suffer ‘substantial impairment of their fundamental rights’ through acts or omissions of governments.” 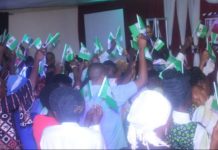 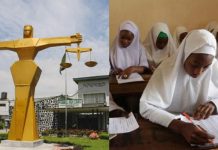 April 8, 2019
Bricks Write promises to be a fair and objective portal, where readers can find the best information, recent facts and entertaining news.
Contact us: news@http://brickswrites.com.ng