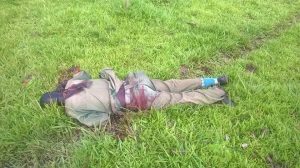 A group of suspected herdsmen have butchered the Chief Park Ranger of Gashaka-Gumti National park, Haman Njidda, in an ambush.

Gashaka National park is located in Taraba State with 625,000 acres of land, sharing border with Adamawa and republic of Cameroon.

Late Njidda led a team on a patrol around Buspan/Tipsan axis where they encountered the herdsmen who allegedly butchered him to death while scampering for safety.

The attack regrettably took place in the midst of an ongoing anti-open grazing bill sponsored by the government of Governor Ishaku Darius of Taraba state.