Wandering around Augsburg, you have no idea that there is a village within the city call Fuggerei, the world’s oldest social housing complex still in use, is one of Bavaria’s most fascinating secret attractions in the world. Can this happen in Nigeria?

This historic walled enclave was created by Jakob Fugger “The Rich” and he was wealthy. Jakob minted coins for the Vatican and personally bankrolled the Holy Roman Empire and Habsburg family. He was one of the wealthiest and most powerful financiers in history leaving more than seven tons of gold to his successors.
Not content with material goods, Jakob was also committed to doing good deeds. Along with the help of his brother, Jakob financed the building of the Fuggerei with an initial deposit of 10,000 guilders between 1514 and 1523. This respite for the poor offered a tight-knit religious community with extremely inexpensive housing.

The residents were primarily families that offered their skills as craftsmen and day laborers.

People traded their services for goods or operated small businesses from their homes. A school on the site, established in the mid-17th century, provided Catholic-based education. Its most illustrious resident was Wolfgang Amadeus Mozart’s great-grandfather, a mason who called the Fuggerei home from 1681 to 1694. Look for the stone plaque commemorating his patronage.

The original structures were designed by architect Thomas Krebs with St. Mark’s Church added by Hans Holl in 1582. More housing, a fountain and facilities were added up until 1938, but – like much of Germany – the Fuggerei was damaged during WWII. A bunker was built during the war to protect the residents and today serves as a bunker museum. After the war, two widow’s buildings were built to support the woman and families that were left behind.

Luckily, the buildings that were destroyed were rebuilt in their original style with several more buildings added. To accommodate the growing throngs of tourists, a gift shop, manicured gardens and beer garden were added. There are currently 67 houses and 147 Wohnungen (apartments), most still occupied. It is still supported by Jakob’s charitable trust established in 1520. 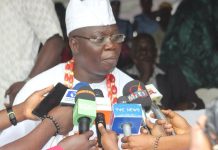 September 29, 2018
Bricks Write promises to be a fair and objective portal, where readers can find the best information, recent facts and entertaining news.
Contact us: news@http://brickswrites.com.ng