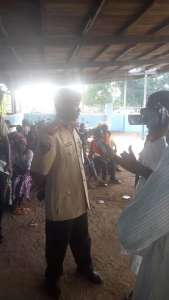 The Federal Road Safety Corps (FRSC) has arrested a Bus with 44 minors and two adults suspected to be child traffickers on Kaduna-Zaria express.

According to the Corps Public Education Officer of FRSC, Bisi Kazeem,   suspicion of the two occupants of the white and blue coloured vehicle with plate number XC 532 ZAR, the Patrol team quizzed the occupants and got unsatisfactory response from the adult occupants who claimed they were going for a church programme in a location they could not name.

Kazeem disclosed that the driver of the J5 vehicle, Dauda Ezekiel from Gubuchi Village in Makarfi Local Government Area of Kaduna state claimed that he was hired to transport the minors.

The Sector Commander who got wind of the case as soon as the vehicle was impounded alerted the Commissioner of Police in Kaduna state where the Vehicle and the occupants were handed over to the Criminal Investigation Department for further investigation.

It will be recalled that the FRSC in Kaduna state on 27th April 2017 had earlier reported a similar case of a Ford Galaxy Model vehicle who had 17 minors and three suspected adult traffickers to the Comptroller of Immigration and NAPTIP.

Kazeem Further said that the Corps Marshal, Boboye Oyeyemi, has applauded the vigilance  of its officials which led to the apprehension of the suspected child traffickers. According to him, the Corps Marshal believes that Security of Lives and Properties of the citizens will be better assured with inter agency collaboration with the security agencies and urged increased and sustained vigilance on the part of the operatives. 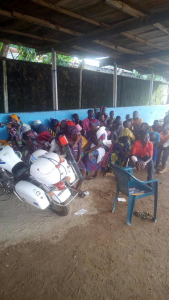 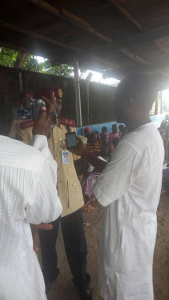 Nigerian-Ghana Base Writes Open Letter To PMB Over Benue Killings

February 11, 2018
Bricks Write promises to be a fair and objective portal, where readers can find the best information, recent facts and entertaining news.
Contact us: news@http://brickswrites.com.ng