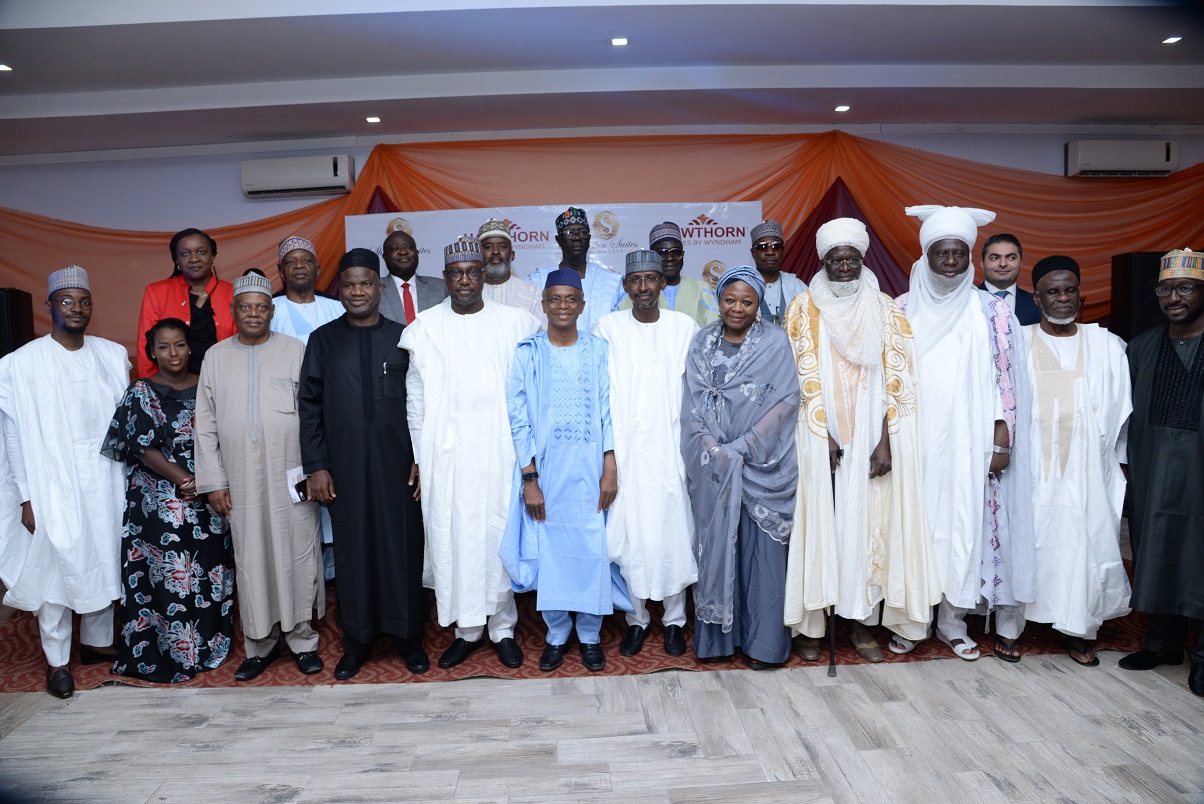 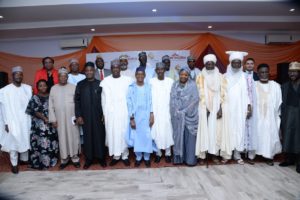 The Honourable Minister of the Federal Capital Territory, Muhammed Musa Bello alongside the incumbent Governor of Kaduna State and Erstwhile Minister of FCT, Mallam Nasir El-Rufai have officially declared Hawthorn Suite by Wyndham in Abuja opened for full and maximum operations in delivering excellent hospitality services for its esteemed and valued customers which include Nigerians and Non-Nigerians.

Speaking at the Grand Opening event, Managing Director Hawthorn Suites by Wyndham, Abuja, Mallam Faruk Aliyu stated that Hawthorn Suites by Wyndham is a luxurious Hotel which has been in existence in Nigeria since 2009 and having embarked on several months of renovation and re-branding to enable them deliver world-class hospitality services to their esteemed guests had decided to host highly revered personalities in Nigerian for the official commissioning of the edifice in order to honour these dignitaries for their immense contributions to National development in Nigeria.

Aliyu added that one of the reasons for the heavy investments in the renovation and re-branding was the fact that globally hospitality industry is about the largest employer of labour, and it would be a way of reducing unemployment rates in the country by creating job opportunities for Nigerians.

“We have decided to invest heavily in the renovation project of this Hotel so as to satisfy our valued guests and also create employment opportunities for young Nigerians within the hospitality industry” he remarked.

He further thanked the Chairman Board of Directors, Hawthorn Suites, Mallam Ibrahim Aliyu for his unwavering support and contributions to the Hotel since 2009.

According to the Minister of FCT, Musa Bello, while giving the keynote address at the Grand Opening of magnificent Hotel, “Abuja as the capital of one of the most populous nations of the world and one of the fastest growing cities of the world, is fast becoming the tourist destination for people around the world, and it is my believe that the having Hotel as Hawthorn Suites by Wyndham in this city would an added value to the Nigerian economy and Federal Capital Territory as a whole particularly in delivering impeccable hospitality services to both local and international visitors”.

Executive Governor of Kaduna State, Mallam Nasir El-Rufai who was the Special Guest of Honour at the event while delivering his speech, eloquently

recounted the good works and contributions of the Chairman of Board of Directors, Hawthorn Suites, Mallam Ibrahim Aliyu to the Nigerian economy as an astute businessman and Real Estate investor who believes in building a system that last.

“I cannot but appreciate the role which the Chairman of the Board of Directors, Hawthorn Suites has played in Nigeria, in my life and in that of other great public servants in Nigeria today.

“He has distinguished himself over the years as a man of honour and integrity, who always has the interests of the people at heart and always seeks to deliver public good”

Other dignitaries at the event were Excutive Governor of Nigeria State, Mohammed Sani Bello, Representative of Nigeria’s former Head of State Abdulsalami Abubarkar, Emir of Minna, Emir of Suleja amongst others.