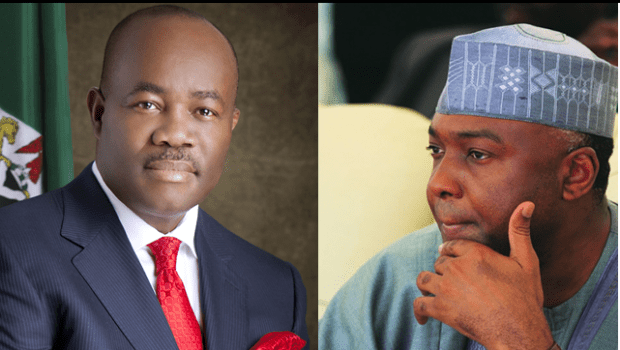 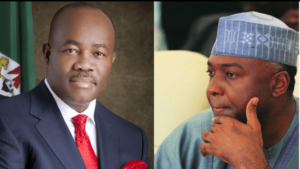 Justice Othman Musa on Wednesday also ordered Saraki not to impede Senator Akpabio’s access to the Senate building or take any action aimed at “overreaching his privileges and rights as a Senator pending the determination of the originating Summons of the applicant.”

The orders were made after an ex parte application by Akpabio’s lawyers, Chikaosolu Ojukwu and Ebere Ahanonu, seeking to stop moves to declare his seat vacant following his defection from the opposition Peoples Democratic Party to the ruling All Progressives Congress.

The suit has been adjourned to August 29 for further hearing.

John Fashanu And I Are Not Married, We Are Great Friends” Rachel Bakam