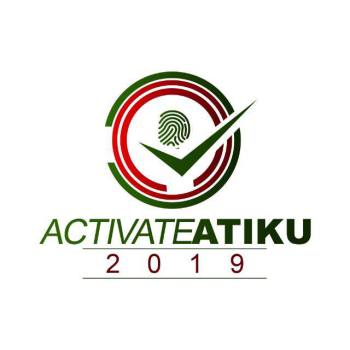 Ahead of the 2019 general election, a group known as #ActivateAtiku has called on former Vice President and Wazirin Adamawa Alhaji Atiku Abubakar to formally declare his intention to contest for president in 2019 general elections or run to exile.
In a press statement signed by the national coordinator #ActivateAtiku, Salamat Yusuf described Atiku as a man with the pedigree to move the country forward by building a robust economy that would create wealth for Nigerians.
The group said it zeroed in on the former Vice President because of his many good qualities as well as his interest and deep concern for the well-being of young people and all Nigerians in general.
Atiku Abubakar is highly recommended for his acumen in running businesses, his detribalised nature, his compassion, philanthropist nature and his abiding interest in the progress, unity and development of the Nigerian nation and people without discrimination.
Atiku according to the statement is a tested politician and leader who has been Vice President of Nigeria, during which time he discharged his responsibilities with a sense of purpose and integrity.
She said even within the limited space available to him as Vice President between 1999-2007, Atiku Abubakar acquitted himself as a defender of democracy and the nation’s Constitution and one who would not swap the supreme interest of the country for political favours from those who arrogated to themselves the ignoble position of godfathers in politics.
“The group stressed that Atiku’s interest and investment in education exemplified by his founding of the American University of Nigeria (AUN) in Yola, Adamawa State, shows that with him as President, education in Nigeria would have a champion who from experience and interest would deal a deadly blow to the current low education standard confronting the country plus the vexed issue of the right type of education to guarantee future employment and unleash the entrepreneurial endowment in the Nigerian youth”.
“We urge all Nigerians irrespective of political affiliation and ethnic origin to reflect passionately on this matter and join hands with the PDP and other patriotic Nigerians to activateAtiku, the entrepreneur, educationist and philanthropist for 2019 Presidential election and get the people’s mandate for Nigeria to work again for the good of all.

March 3, 2018
Bricks Write promises to be a fair and objective portal, where readers can find the best information, recent facts and entertaining news.
Contact us: news@http://brickswrites.com.ng