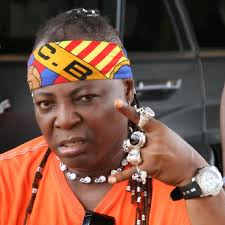 The Biafra struggle has been on for sometimes now but today, Area Fada finally breaks his silence and air his view on the fight for the Independence Biafra.
Read what he wrote below……….

I guess it about time I break my silence on this matter. From 1967 to 1970 my youth was scandalised with the horrors of the Nigerian civil war. I was never on the front line as a fighting soldier, but I was in the boys’ brigade transmitting from the naval headquarters then in Oguta. With the daily air raids and the smell of death all around us, we were thankful everyday we managed to stay alive.