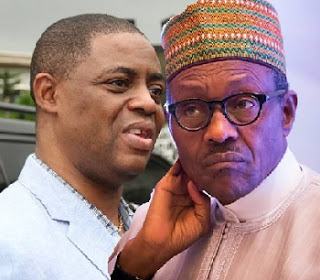 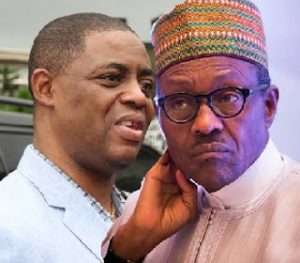 Former Minister of Aviation, Femi Fani-Kayode says President Muhammadu Buhari might have passed away.
This is contained in snippets of his latest article he sent out today, Friday morning.
He said the seeming cover up by the presidency has made Nigerians uncomfortable and dared the government to release images of the president.
The former presidential spokesman said: “The Presidency has told us that Buhari has travelled out of the country yet no-one has seen pictures or footage of him going out of Nigeria or arriving in his preferred destination in a foreign land.
“Assuming that he really did travel out one wonders which country he was ferried to, whether he went there on his feet or on his back and whether he is presently on admission in a hospital or resides in a private or official residence.
“The Presidency claims that he is still alive and we sincerely hope that this is the case.
“Yet many have their doubts simply because it has been proved over and over again that the Federal Government are nothing but a nest of vipers and a brood of pernicious and pathological liars.
“Between the rulers and the ruled in Nigeria today there is no trust.
“Consequently we are under no obligation, given their compulsive and sociopathic affinity for mendacities and deceit, to believe anything that the Buhari admnistration or the Presidency tells us.
“The bottom line is this: if the President is dead, stop playing games, tell us the truth, bury him with dignity and let his soul rest in peace.
“If he is alive let us know exactly what has afflicted him, what his condition is, where he is, how he is doing and, most important of all, give us PROOF OF LIFE”, Fani-Kayode insisted.

November 30, 2016
Bricks Write promises to be a fair and objective portal, where readers can find the best information, recent facts and entertaining news.
Contact us: news@http://brickswrites.com.ng