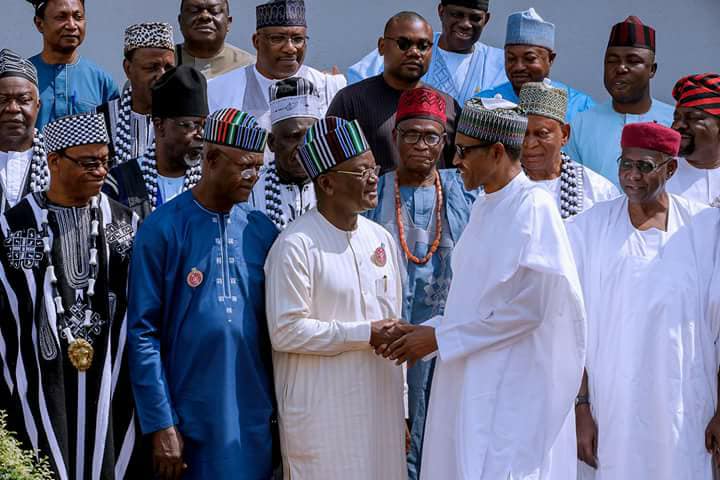 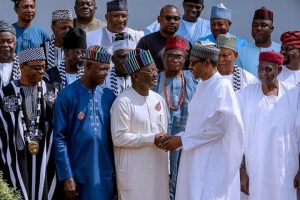 President Buhari receives Benue state delegation led by Governor Samuel Ortom at the presidential villa on Monday to discuss herdsmen killings and insecurity in the state. 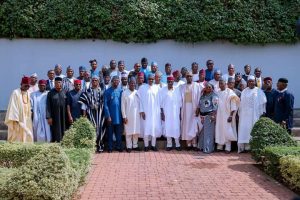 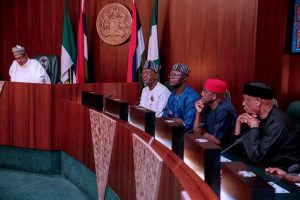