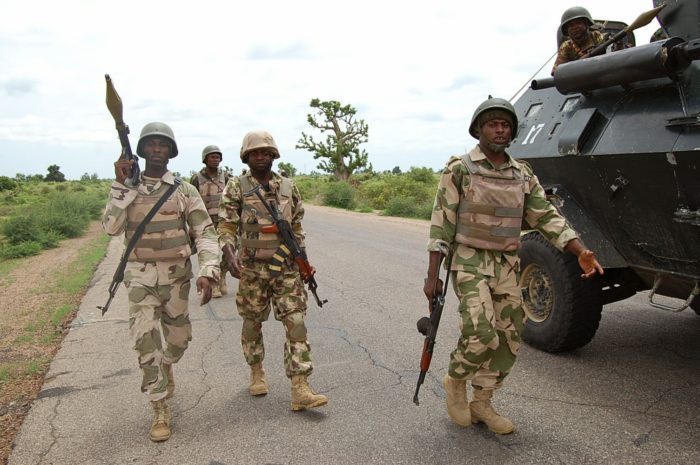 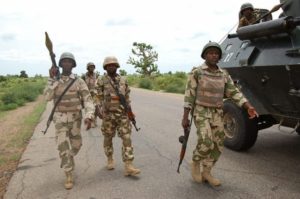 The Chief of Army Staff, COAS, Lt Gen Tukur Buratai, said the land which was the reason of protest by indigenes of the Federal Capital Territory was duly acquired and fully documented.
Speaking during the ground breaking ceremony for the construction of Army Estate and Headquarters Directorate of Legal Services, the Army Chief noted that all documents concerning the allocation of the site including the Certificate of Occupancy, has been duly processed and legally obtained, adding that any move to disrupt the project will yield in futility. “We are undertaking these developmental projects for the professionalism of the Nigerian Army, this particular project was officially granted to the Nigerian Army in 1979, however, we got official allocation with Right of Occupancy (R of O) in 1997 by the Federal Capital Administration and 2011 when all lands were revoked, and all owners of land were directed to recertify. “The Nigerian Army, along with other services, the Navy and Air Force, duly applied for re-certification and paid the dues that were meant and got our acknowledgement,” he said.
He therefore advised anyone or group of persons laying claims to the land to imbibe due process by contacting relevant authorities. Gen Buratai disclosed that the Estate was named Muhammad Buhari Cantonment in 2017.
Earlier in his remark, the Chief of Logistic (Army Headquarters), Maj Gen Enobong Udoh, recounted the developmental strides of the COAS since his appointment in 2015. Enobong saluted the COAS for “doggedly implementing good policies and initiative,” adding that the shabby state of offices and accommodations have been given a facelift. He further hailed Gen Buratai’s tenure as “the rebirth of a new and proud Nigerian Army.”