Home Politics Am not Contesting to make history, i have Passion to Serve. Hon.... 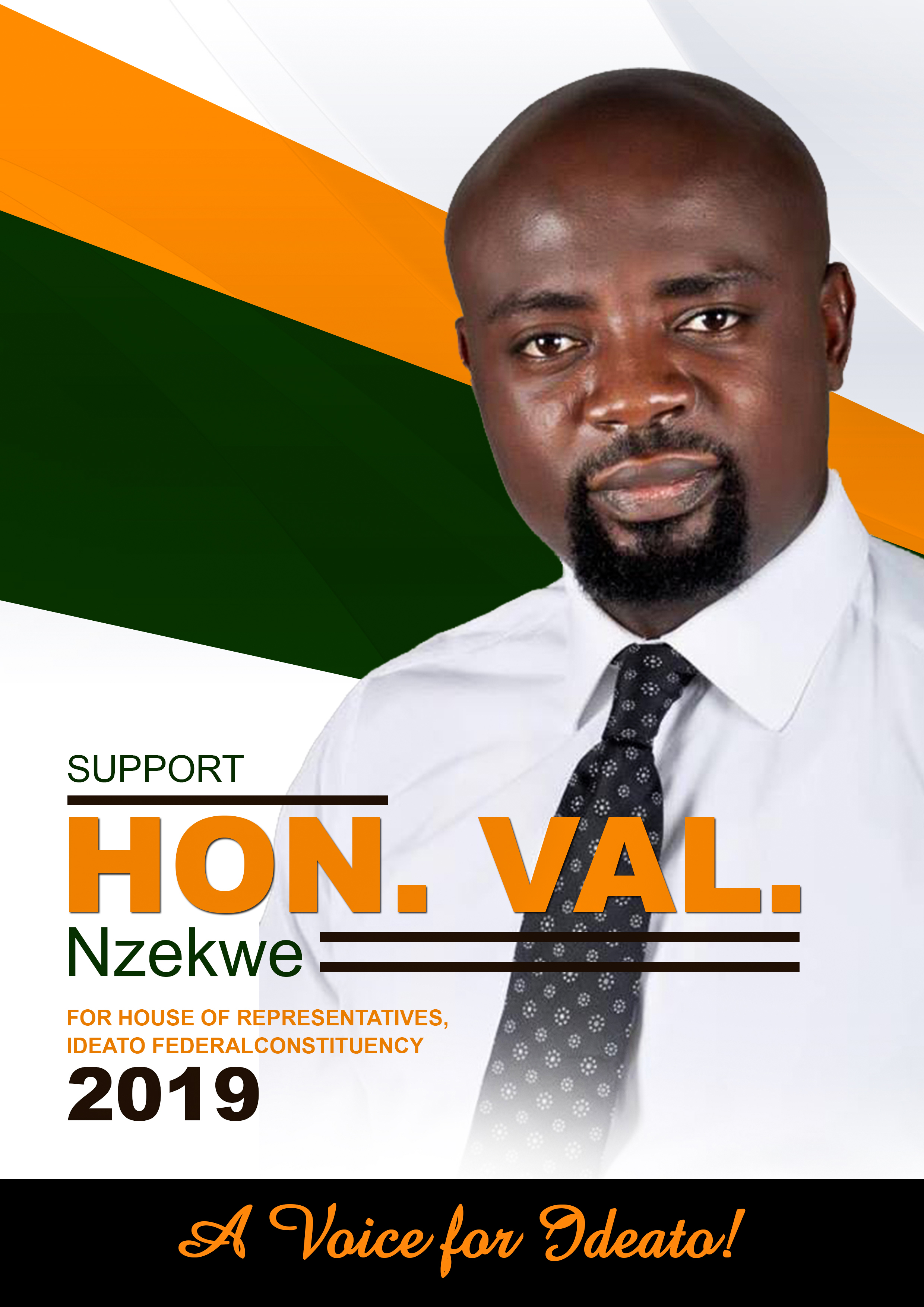 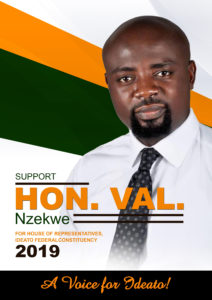 Hon. Val made the statement amid controversies trailing ward congresses across the nation saying his priority is to give active representation and make his constituency and constituents first before any other thing.

Shedding more light on his political vision for ideato federal constituency  he said he would deploy in full dose, his intellectual prowess and honed leadership experience to influence government policies that would fast-track unprecedented economic growth in ideato and make his people feel the dividends of democracy as compare to others.

The born philanthropist added that his ambition to represent ideato federal constituency in the lower chamber could only be actualised through the support of the good people of ideato as this will bring a total turnaround in economic growth, community development as well as empowerment for all.

Nzekwe stressed that he would sustain his legacy in youth empowerment and community development as well as good leadership and
guarantee dividends of democracy at a larger scale, stating that he
would project the ideato agenda at the chamber with unquenchable zeal.

He further stated that from the twilight of his existence, he had proved his mettle in advocating for the wellbeing of the people and post no doubts that he has the requisite academic prowess, administrative ingenuity and political wherewithal to accomplish the needs of the people of ideato when he gets to house of representatives come 2019.

Continuing, Val. described himself as a true democrat who is
not easily swayed by critics, saying that in the event of unfounded
criticism against him, he sees a bright opportunity to debunking the
unfounded stories via the media and also educate his people in a bid
to setting the record straight.

Val. pledged his loyalty to the people of Ideato saying that he needs their collective votes to be at the house in 2019 and promised to uphold the dynamics of consultations to enable interfacing with the people of ideato  North and South to ensure quality
representation.

It would be recalled that in recent times, the social media has been awash with the rich dossier of unbroken success and achievements of Hon. Val Nzekwe. These reports have often been corroborated with testimonies from various quarters validating his landmark achievements in stepping up the unity and economic base of the people of ideato people.

Bishop Emmanuel Esezebor Fires Back At His Detractors, Says The Church Is Marching On

Minister of Power, Works and Housing​ lists achievements of his ministries in the last one...