Home NEWS Am Not A Fan of Donald Trump, Abati Reveals in Latest Article 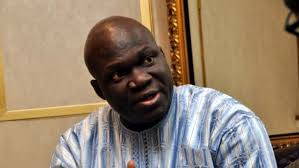 I am not a fan of Donald Trump, the incumbent President of the United States. I didn’t stand with him. I stood with her- Hillary Clinton- in the last US Presidential election. No other election in recent American history has been more international in terms of interest and emotional involvement. Trump’s election even divided the Nigerian middle class.  Majority of Christians in Nigeria stood with Donald Trump. They liked his anti-Muslim rhetoric, and in a country where religion is such a volatile subject and the Christian community feels as if it is under siege from radical Islamic extremism, it was easy for a category of Nigerians to see Trump’s politics being in sync with their own fears and expectations.

Pro-secessionist, Biafran and Christian protesters in the South East also supported Trump. On his Inauguration Day, they organized a rally, some of them were killed, in the process, by Nigerian security agents.  It is always so easy to read American politics into every other politics globally because of America’s status as a superior power and the global dominance of its culture.  Many Nigerians who opposed Hillary Clinton of the Democratic Party also did so, for example, for partisan reasons, because they felt the Democratic administration of President Barrack Obama was responsible in many ways for the outcome of the 2015 Presidential election in Nigeria. They wanted a pound of flesh – they wanted the Democrats out of the White House, the same way the PDP exited Aso Villa. The funny thing is that Nigerians who do not hold American citizenship, were not in a position to vote in the US election, but this didn’t deter us from weeping more than the Americans. In my case, I opposed Trump because I consider him a vile, navel-gazing, crude, child-like nativist, whose Presidency could pose a threat to the free world.

I have been proven right. The United States is in trouble because of Donald Trump.  In less than two weeks in office, President Trump has signed executive orders, which amount to an assault on the liberal international order. America is great because it became the dreamland and the symbol of freedom, prosperity and fulfillment for persons and families across the world. It is great because it became the melting pot for global genius, the preferred destination for generations of talented persons in all fields of human endeavour. America is great because its diversity and multiculturalism became pillars of its exceptionalism.

Donald Trump, on twitter where he spends his waking hours, and on the podium, where he rants, says his ambition is to “Make America Great Again” (#MAGA), but it is beginning to look as if Trump will end up making America small.  The Executive Orders which he has signed so far, are intended to upturn America’s foreign policy in the last 50 years, isolate the country from the rest of the world and turn it into an island. America appears destined to become a pariah state for the next four years. With Trump, America now sees the rest of the world as an ocean of enemies, with this persecution complex dressed up as national interest.

The most pernicious of the Executive Orders is Trump’s suspension of the US refugee programme for four months and the entry ban for 90 days imposed on nationals from Iran, Iraq, Libya, Somalia, Sudan, Syria and Yemen. Is the action legal?  Section 212(f) of the US Immigration and Nationality Act (INA) (1952) empowers the President to restrict immigration access to the United States:

The sentiment behind this legal provision is protectionism, which is ironic in a country of immigrants.

This is Donald Trump keeping his campaign promise to protect America for Americans and review immigration policies. Is this new? No. Over the years, America has always tried to control the influx of immigrants.  This was the case even under President Barack Obama. Trump reminds us of the 1882 Chinese Exclusion Act which turned back the Chinese, and a similar law in 1924, which targeted Asian and African immigrants, both of which were corrected by the Immigration Act of 1965, which forbids discrimination on the basis of national origin, ancestry and race.  The only problem is that Trump’s approach is crazy, a case of policy mixed with bigotry and narcissism, and an unconstitutional gambit which violates the First Amendment, hidden under the banner of “protecting the nation from foreign terrorist entry.”  Given the contradictions between the 1952 and 1965 Acts and the First Amendment, Trump’s actions are perhaps better tested in the court of law.

He wants to build a wall at the Mexican border.  This has already caused a rift with Mexico. He is also holding radical Islam responsible for security breaches in the United States, and this is certainly because foreign-born Muslims have been responsible for many acts of terror in the US: the 9/11, the Boston bombing, the Nigerian underwear bomber; across Europe, radical Islamic extremism has also proven to be a problem.  Trump’s solution is to demonize Muslim-majority countries and arrive at the simple solution that the best way to protect America is to shut out the Muslims.  He insists that “This is not about religion – this is about terror and keeping our country safe. There are 40 different countries worldwide that are majority Muslim that are not affected by this order.” I don’t believe him.

The chosen seven countries that have been shut out have not in any way been responsible for most of the acts of terror in the US in recent times.  Trump leaves out Egypt, Pakistan and Saudi Arabia, and other Muslim-majority countries, but the kind of chaos that has been generated makes every Muslim going to the United States vulnerable. You don’t have to be from the seven targeted countries, once you bear a Muslim name, you could be subjected to greater scrutiny by Customs and Border Protection Officers.  Some of the people who have been harassed at the borders since last Friday when the Executive Order was passed are American citizens with dual nationality.

While Donald Trump is proposing greater vetting and scrutiny of the influx of Muslims, and refugees, he is nevertheless willing to allow more Christians into the United States. This is the message that comes across: Christians are welcome. Muslims should be carefully scrutinized before they are allowed in. In other words, Christians are better than Muslims.  This may sound like an over-simplification, but that is just how it is. President Trump is likely to make the United States more unpopular in the Muslim world, damage established friendships and promote a culture of hate that has proven a threat to American foreign relations in parts of the world.

American liberals are justifiably upset and angry. President Trump’s policy moves and rhetoric depart from the America they have known for the past 50 years.  But right now, America is so divided, nobody can comfortably sit on the fence, and that is why public opinion is so viciously divided too. Trump addresses the fears of those Americans who, like him, don’t want more immigrants and asylum seekers. This is the ultimate rise of American xenophobia and an attempt to turn that country into “a camp of saints.”  But there are limits to nativism as seen in Jean Raspail’s novel, The Camp of the Saints (1973) and The Slums of Aspen: Immigrants vs. The Environment (2011) by Lisa Park and David Pellow.

But no matter the tone of global outrage, Donald Trump obviously doesn’t give a damn. Mexico has cancelled a meeting with Trump, a protest calling for signatures to prevent his proposed state visit to the UK has attracted over a million signatures, Iran is threatening reciprocal action, the entire Muslim world is outraged and inside America, California is threatening to secede because of Trump! And Trump? He wants to be President of the United States, not President of the world. He wants to serve the American people who voted him into power, not some immigrants coming from the slums of Africa, Asia, Latin America and the Middle East.  Across the world, there are millions who look up to the United States as the land of freedom. Trump is saying America is no longer ready to be the world’s Atlas nation.  It is not just immigration that will be affected: trade, aid, military relations as well.  This has created a regime of fear among many who depend on the United States.

There are millions of Africans living in the United States, particularly Nigerians.  They don’t all have the papers granting them the right of stay. There are asylum seekers, refugees and many who are still processing their residency papers. An American for Americans only policy is likely to place them at the risk of rejection and eventual deportation. When you talk to some of them, you can actually sense panic, fear, despair. They panic because America has become their adopted home. It is their place of work, their source of hope, and the best place in the world where they are happiest.

They panic because their original homeland offers them little hope. They don’t want to return to a Nigeria where there is no regular power supply, employment opportunities, good roads, communications or transportation system. Living in America confers a special status on them among friends, family members and the community at home.  There are others who are already naturalized Americans, and who may have nothing to fear, and there are those Nigerians who have helped to build America with their talents and intellect, and who don’t really care on what side of the bed Donald Trump is likely to wake up tomorrow morning.

Then you have the big crowd of I-must-go-to-America-by-force set of Nigerians who are daily trooping to the American embassy in search of visa. Since the Executive Order by President Trump, that crowd has not been smiling at all. I know many of our compatriots who have suddenly become experts in analyzing American immigration rules.  Nigeria is not one of the seven countries on the Trump list and the review and restriction are supposed to last for 120 days, but long-time US visa applicants in Nigeria believe that what a typical American immigration officer has actually been looking for is a President like Trump. An inconsolable applicant tells me he is no longer sure he will ever get a visa to the United States.

I assured him that the world will always need America and America will always need the world.  Isolationism discounts the ideal of an interconnected global order.  President Donald Trump’s success will be determined in the long run not by the arrows he shoots in the international arena from North Korea, to China, to Mexico and Somalia, but how well he fulfills the promise to make America greater than he met it. If they don’t want you to stay in America, come home, please. Stay at home, e go better… or go to Canada or Taiwan.