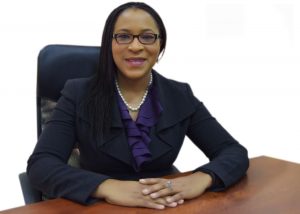 This is contained in a press statement released by the Head of Public Relations and Media Ahmed Shekarau to Abuja Electricity Distribution Company today in Abuja.

Read the statement after the cut…….

AEDC gets new Chief Finance Officer
The Board of Directors of Abuja Electricity Distribution (AEDC) Plc
has approved the appointment of Ije Ikoku as Chief Finance Officer
(CFO) of the Company, in acting capacity.
A press statement issued on Sunday by AEDC’s Head of Public Relations
& Media, Ahmed Shekarau, said that Ije’s appointment followed the
demise of the Company’s pioneer CFO, Mr. Andrew James Atterbury on
January 19, 2017.
Ije, according to the statement, brings over 18 years of leadership
experience in the fields of investments and infrastructure finance to
AEDC, having been a founding team member of Copperbelt Electricity
Company (CEC) Africa Investments, a multi-country infrastructure
investment platform (with approximately $1 billion in assets under
management) established to develop, finance and operate power projects
across Sub Saharan Africa. CEC has stakes in power projects in
operations and under development in Nigeria, Sierra Leone, Zambia and
Namibia. The statement added that Ije Ikoku is the immediate past CFO
of CEC Africa.
Prior to this she was a Senior Investment Officer and Infra Team Lead
at the World Bank/International Finance Corporation (IFC) where she
spent seven years, the statement explained, adding that: “In this
role, Ije was responsible for all facets of deal sourcing,
structuring, negotiating, and financing of infrastructure transactions
and public private partnerships”, and that at IFC, she worked in
Washington DC and Lagos covering infrastructure investments in Africa
and Latin America, where she successfully structured project finance
and private equity deals in infrastructure in excess of US$2.5
billion.
From IFC, the statement further said, Ije also brings specific
expertise in electricity distribution turnarounds, having served as
portfolio lead for IFC’s US$135 million debt investment in Cameroun’s
power sector, which included Cameroun’s privatized utility (AES
Sonel); adding that she was also transaction lead for IFC’s US$85
million equity investment in one of the largest utilities in Brazil
(Equatorial Energia).
According to the statement, before joining IFC, Ije was the Finance
Director at Geometric Power and previously spent her professional
career (primarily in finance) supporting entrepreneurial ventures in
the United States, Ghana, Nigeria, Namibia and South Africa, and has
worked at Charles Schwab, Emerging Capital Partners, to name a few.
It said further that Ije holds a BSc in Mechanical Engineering from
Stanford University, and an MBA in Finance & Entrepreneurial
Management from the Wharton School of Business, University of
Pennsylvania.
Signed
Ahmed Shekarau
Head, Public Relations and Media

March 7, 2017
Bricks Write promises to be a fair and objective portal, where readers can find the best information, recent facts and entertaining news.
Contact us: news@http://brickswrites.com.ng