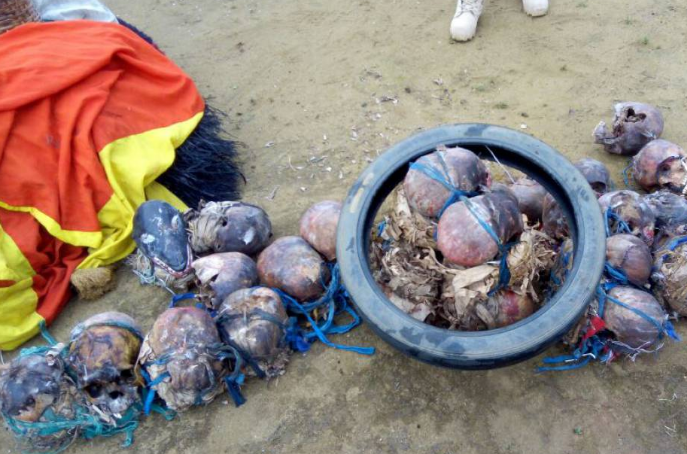 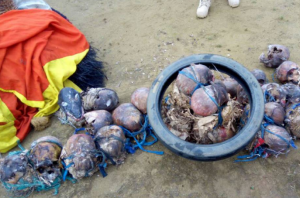 According to an official statement issued and signed by Kevin Aligbe, the group’s Acting Commander during the week, the shrines were destroyed as troops continue the search for the perpetrators of these heinous acts.

In a related development, the statement said other troops of the command in Bayelsa State arrested 44 members of the proscribed Indigenous People of Biafra (IPOB) at Lakeview Club on Mabinton Estate.

It said the group was planning to establish the Bayelsa State Chapter of the group and disrupt public peace within the Joint Operations Area of Operation DELTA SAFE.
“They were duly arrested and have been handed over to relevant authorities for further investigations. The unity of Nigeria is non–negotiable and sacrosanct. Hence any unlawful gathering that will cause mayhem, threaten the unity and sovereignty of the country will not be condoned.”

“With the clearance of these shrines, the Bakassi Strike Force have effectively been smoked out from the area they used to hold sway. It should be noted that the senseless killing of humans for ritual purposes is sacrilegious and will not be tolerated in any form.” 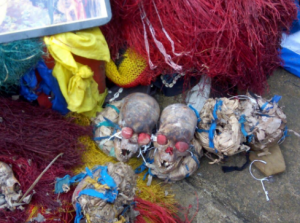 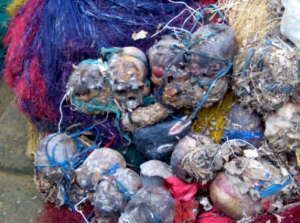 August 1, 2019
Bricks Write promises to be a fair and objective portal, where readers can find the best information, recent facts and entertaining news.
Contact us: news@http://brickswrites.com.ng